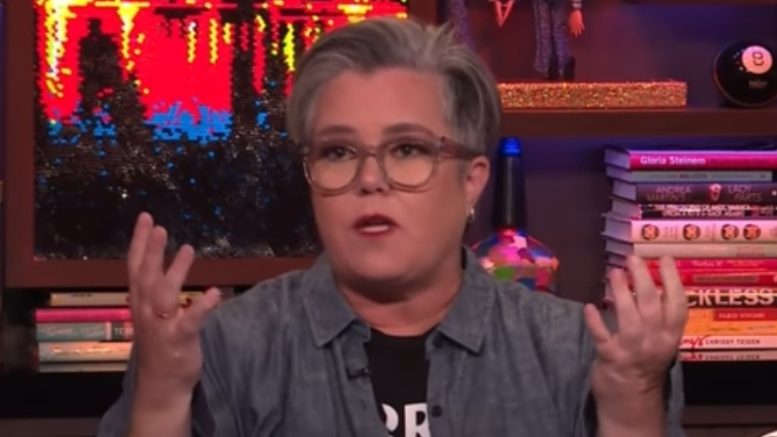 On Monday, anti-Trump Hollywood actress Rosie O’Donnell was on a mission to find out what her followers thought about the prospects of President Trump being impeached.

O’Donnell took to Twitter, where she posted a public poll that was captioned “should trump be impeached” with the only two answers being “hell yes” or “hell no.”

O’Donnell’s poll was created as Democrats have been focusing much of their time and energy on a whistleblower’s claim that suggested there is evidence of “quid pro quo” by President Trump during a phone call with Ukraine President Zelensky.

The full transcript between the two leaders, however, has arguably debunked such allegations, leaving Democrats scrambling to show there is evidence to justify their bold impeachment stance.

Rosie O’Donnell, who constantly lashes out at President Trump and his policies, could have been motivated to create her poll with the hope that a result showing strong favor of impeachment would help fuel the case for Democrats’ effort. But all was shattered as Rosie’s poll expired and the final result was likely very disappointing for her.

Of the over 272,000 respondents, 58% voted “hell no” on if Trump should be impeached. Assuming most of her supporters are liberal, the results speak volumes. See Below 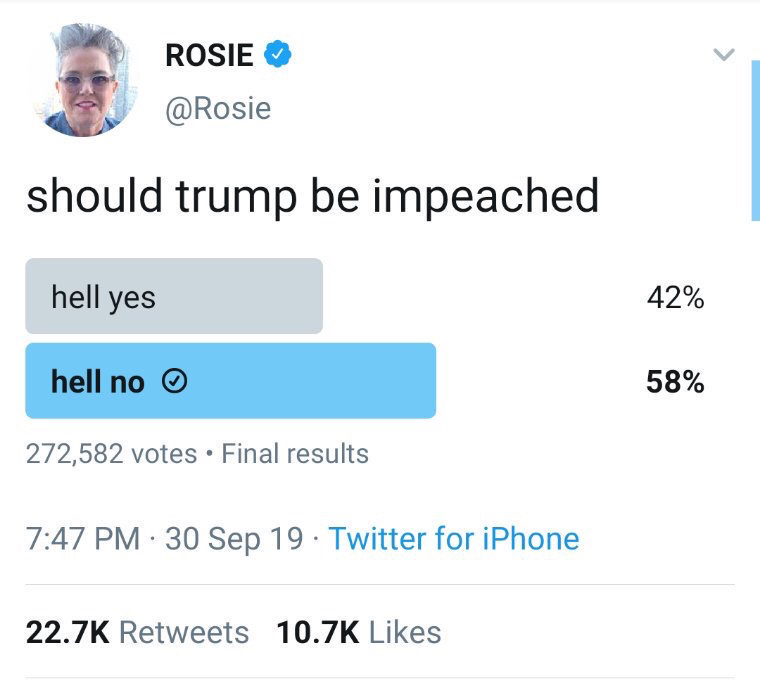 ** UPDATE ** Rosie deleted the tweet of her poll so we replaced the link with a screenshot of the original. (via Twitter)

If the result of her own poll wasn’t already humiliating for Rosie, one Twitter user posted a poll in the comment section that asked “Should Rosie move to Canada like she promised?”

We leave you with an image of that poll along with one more that could make Rosie second-guess ever creating an online poll again. 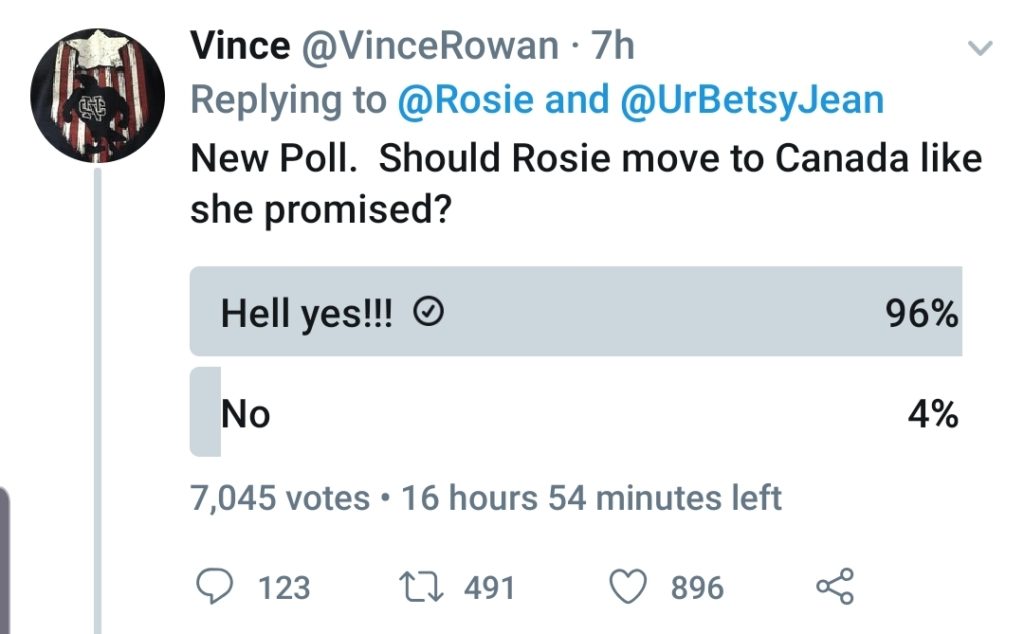 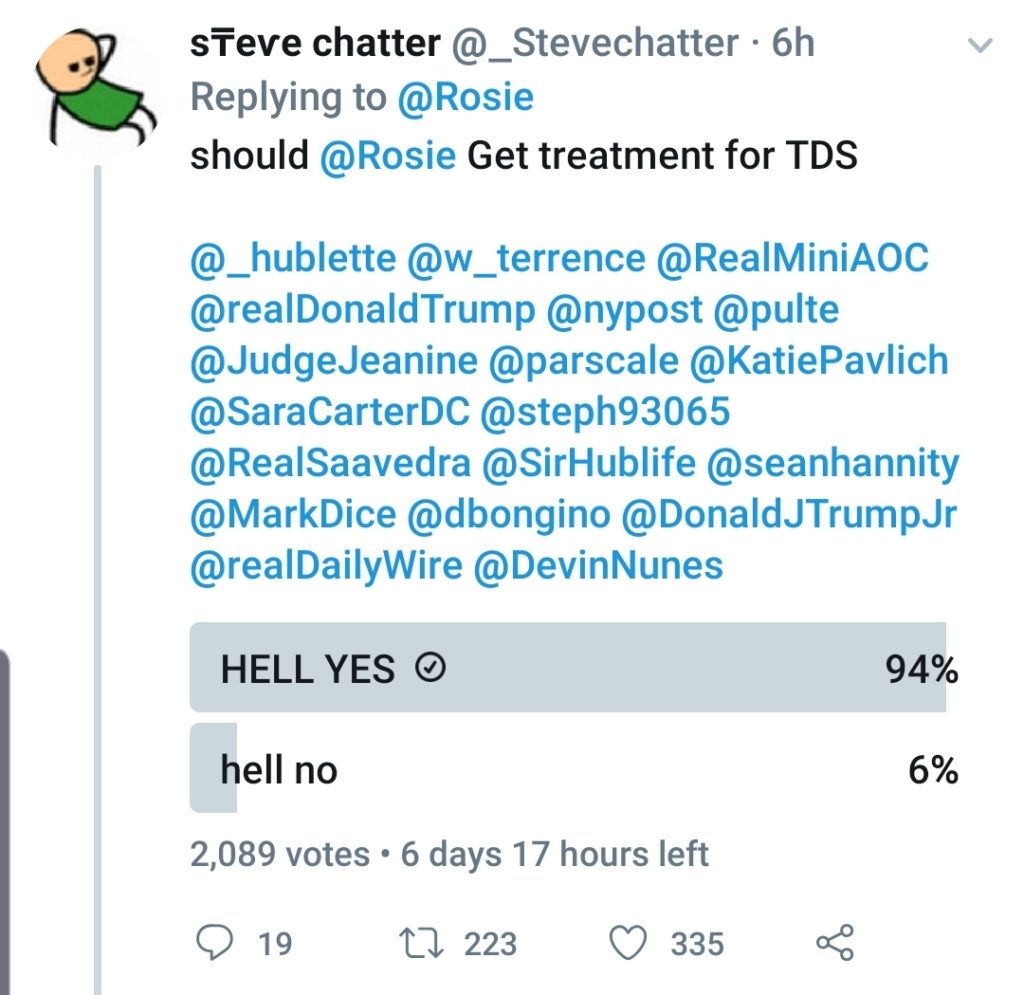 Sidney Powell Addresses ‘Threats’ Being Made Against Her: “These Attacks Only Strengthen My Resolve”