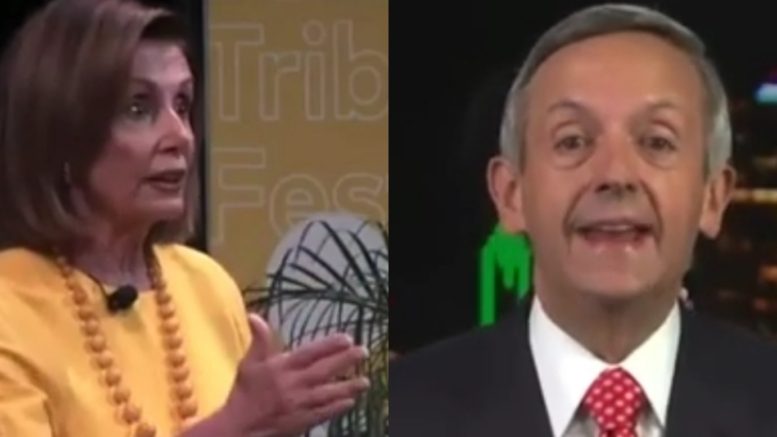 House Speaker Nancy Pelosi called on Americans to be “somber” and “prayerful” during Democrats’ impeachment effort, when speaking at the Texas Tribune Festival.

“This is a very sad time for our country,” Pelosi said. “It’s sad. We must be somber. We must be prayerful, and we must pursue the facts further to make a decision as to ‘Did this violate the Constitution of the United States?’, which I believe it did.”

On Sunday, Pastor Robert Jeffress gave his reaction to Pelosi’s call for prayer and somberness while appearing on Fox & Friends.

“It reminds me of a pyromaniac with a match in hand, about to set fire to a building saying, “Please pray with me that the damage I’m about to cause isn’t too severe,” he added. “If you’re sincere about that prayer, then put down the dang match!”

“Nancy Pelosi and the Democrats can’t put down the impeachment match,” Pastor Jeffress continued. “They know they couldn’t beat him in 2016 against Hillary Clinton. They’re increasingly aware of the fact that they won’t win against him in 2020, and impeachment is the only tool they have to get rid of Donald Trump.”

“And the Democrats don’t care if they burn down and destroy this nation in the process,” he declared. Video Below

Sen. Graham: “We’ve Got The Votes To Confirm Justice Ginsburg’s Replacement Before The Election”