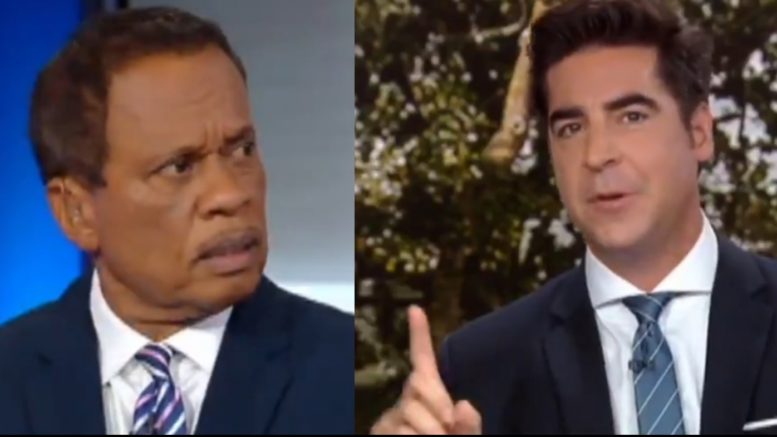 Jesse Watters threw a major curve ball at Juan Williams during a recent airing of The Five.

The co-hosts were discussing whistleblower drama that has gripped headlines over the past week in regards to a phone call between President Trump and Ukraine’s President Zelensky, where Joe Biden and his son were briefly mentioned.

Democrats have argued that it was wrong of President Trump to ask Ukraine for a situation to be looked into involving Joe Biden bragging about stopping the investigation of his son, which Trump said sounds “horrible” to him.

However, Jesse Watters provided a treaty that was signed between US President Bill Clinton and Ukraine, where the two countries agreed to work together on “mutual criminal assistance and legal matters”. It included making testimony, people, documents and other information available if requested to assist with “criminal matters” that include non-criminal “allegations”.

“Now, if you’re gonna say that Biden is not under this treaty…because he’s a potential, you know, candidate against the President — you know, since he’s a political opponent in election season, he can’t be investigated. That means any time I am accused of a crime oversees, I can just declare that I’m running for President and that I can’t be prosecuted by the government?” Jesse questioned. Video Below

Dana Perino followed up on what Watters laid out by menioning how the Obama Administration allegedly investigated President Trump’s campaign by asking for Ukraine’s help, which would fall under the same treaty that Jesse outlined.

“If you’re gonna say that that’s ok, then what Trump did is ok, too,” Watters concluded. Juan Williams responded, “Ok, you win. I give up.” Video Below

Watters: ‘Did Joe Biden Just Look the 82nd Airborne in the Eye & Tell Them They’re Going to War in Ukraine?’