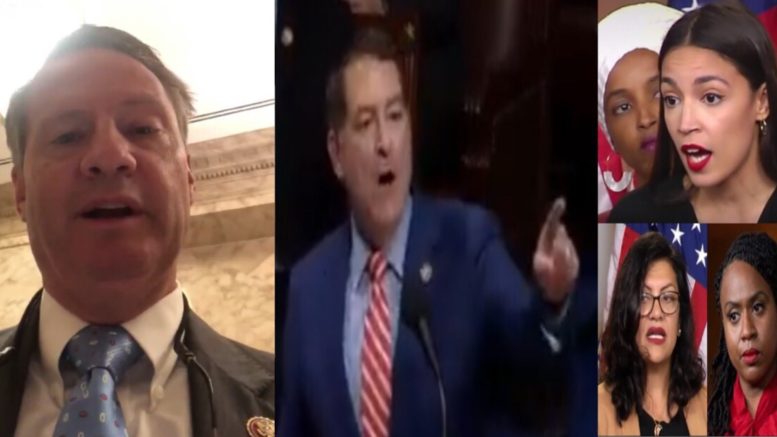 As Congress is set to leave for a two-week recess, Rep. Mark Green (R-TN) on Thursday, led the bipartisan fight to fix an inadequate bill that would advance modern healthcare technology for illegal aliens before that same technology would be made available for America’s veterans.

The House voted on H.R. 3525: U.S. Border Patrol Medical Screening Standards Act, that was introduced by Rep. Lauren Underwood (D-IL). The bill states in part, “This bill requires U.S. Customs and Border Protection to establish procedures to ensure consistent and efficient medical screenings for all individuals stopped between ports of entry, with a priority on screening those who have not reached the age of 18.”

Rep. Green led the fight to add an amendment to H.R. 3525 for America’s veterans to receive modern healthcare “first” before illegal immigrants. “I think our constituents across this great country would find it appalling that we’re about to give this health record system to illegal immigrants before our veterans receive it,” he said Thursday on the House floor.

“All this amendment does is ensure that our veterans get this service first. If you vote against this motion to recommit, you are giving an electronic health medicine record to illegal aliens before our veterans!” Green declared as the floor erupted in cheers.

However, Green’s motion to give American veterans modern healthcare before illegals was shot down by House Democrats.

According to a press release from Congressman Mark Green it states, “In its current form, H.R. 3525 would require the Department of Homeland Security to develop an interoperable electronic health records system for illegal immigrants in just 90 days—while the same information technology will not be available for our Nation’s military heroes at all Veterans Affairs healthcare facilities until September 2027.”

Green said in the release, “We must look to the fact that our veterans do not even have these benefits. I think our constituents from all our districts across this great country would find it appalling that we are about to grant modern healthcare information technology to illegal immigrants that we have not and will not get to our veterans for most of the next decade.”

“My amendment is simple. Put this project on hold until after the VA finishes its health records system. No veteran should wait for modern healthcare while we fast-track systems for illegal immigrants,” he added. (Continued Below)

Rep. Tim Burchett (R-TN), however, took to Twitter in a live video Thursday after the vote, where he gave his thoughts on Democrats voting for illegals first, before America’s veterans.

He explained, “We had a few votes on the House floor tonight and major one dealt with providing healthcare benefits to illegal aliens. And when the Republicans attempted to put an amendment on there, that made it so our veterans would receive the same benefits, oddly enough [Democrats] voted against that amendment.”

“To me, that is very disturbing. We’re not providing the same… well, it’s more disturbing. Dadgummit, it ticks me off, is what it does. It ticks me off. Things are so out of whack out here. It’s so unbelievable,” Burchett added.

Watch the two videos below:

Amendment to give VETERANS same healthcare as ILLEGALS fails. Are you kidding me? We are so out of wack. pic.twitter.com/eYgqkklrMW

To find your Representative [Click Here] to let them know what you think about this.

(Related: Beto O’Rourke Pledges To ‘Legalize’ Over 10 Million Migrants If He Becomes President)