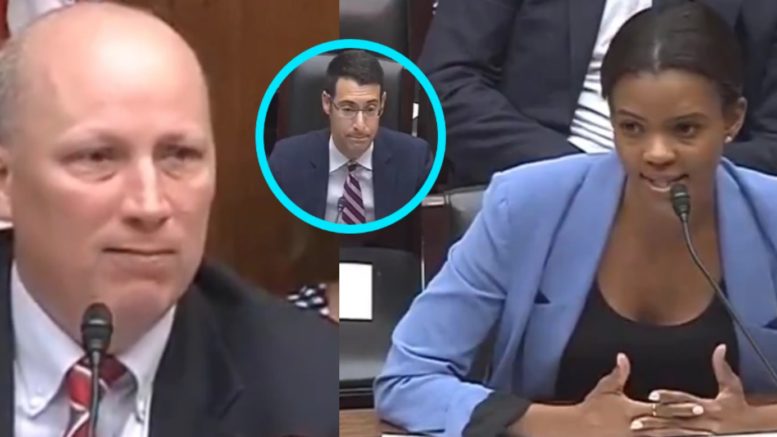 On Friday, the House Oversight Joint Subcommittee held a hearing on “Confronting White Supremacy”, which brought forth the discussion on the impact of racism on America’s minorities.

Candace Owens was clearly locked and loaded as she delivered high-energy slam downs on the left’s theory that white supremacy is the chief issue harming minorities the most in today’s society.

One of the key moments came when Candace faced Republican Congressman Chip Roy, who was interested in learning from her what she believes are the sole issues currently harming black America the most.

Chip brought up statistics that indicate blacks make up a large percentage of the overall homicides, and he asked for Candace’s perspective of what she thinks may cause that.

“Based on the hierarchy of what’s impacting minority Americans, if I had to make a list of 100 things, white nationalism would not make the list,” Owens suggested.

She then focused attention on problems that exist within inner cities, primarily black on black crimes, which she believes are a direct result of the absence of men in the household. Video Below

“We never hear people talking about what happens when you remove a father from the home,” Candace said. “In fact, I would argue that right now we have a social environment that is hostile towards men and does not inspire masculinity and being a man and what it means to be a father-figure in a household.”

“Black Americans are definitely suffering from the breakdown of the family,” she declared.

“When I say liberal policies inspire that, what I mean to say is that via the welfare system, we are quite literally seeing the incentivization of bad behavior,” Owens continued. “When you know that your family gets more money — as a single mother, you will get more money if you don’t marry the father of your children, you’re not going to marry the father of your children.”  Video Below

Moments later, Mr. Roy pressed Candace to specify some of the main factors on her list of 100 that she thinks negatively impacts black communities the most.

She replied, “Father absence, the education system and the staggering abortion rate as well as illegal immigration.”

Citing a report, Candace added, “Illegal immigration hurts blacks first and foremost. We are the ones meant to compete with illegals for jobs. And they are flooding our communities with crime and violence. Black American men between the ages of 18 and 22 are harmed by illegal immigration, but just saying that perspective is considered racist.”

Everyone should watch @RealCandaceO's thoughtful testimony today in the @GOPOversight subcommittee hearing on combating White Nationalism.

Thank you for coming, Candace! pic.twitter.com/xIUwlCiCL0