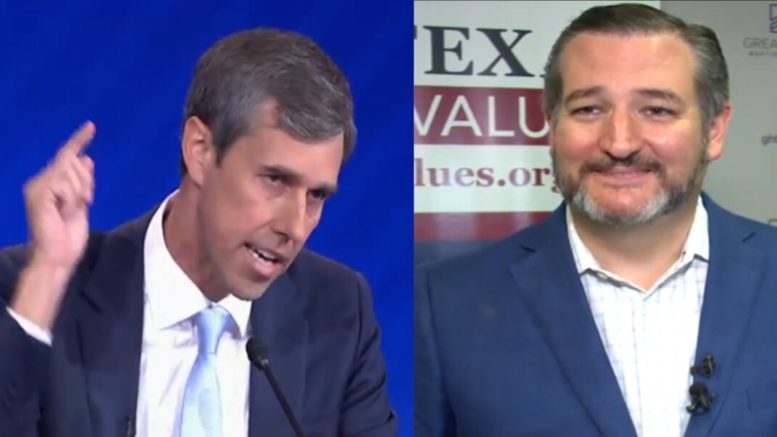 Thursday night, during the third Democratic presidential debate, candidate Robert Francis “Beto” O’Rourke, focused on the topic of gun control and proudly declared that he “would confiscate your AR-15 and AK-47.”

Sen. Ted Cruz (R-TX) took to Twitter to respond to Beto’s gun grab and posted an article from PolitiFact, who reported last year said that Beto has “not called for government agents to take guns from law-abiding residents.”

During the debate Thursday, moderator David Muir of ABC News asked O’Rourke, “Some on the stage have suggested a ‘voluntary buyback’ for guns in this country, you’ve gone further. You’ve said, ‘Americans who own AR-15’s and AK-47’s will have to sell them to the government, all of them.’ You know the critics call this confiscation. Are you proposing taking away their guns and how would this work?”

“I am if it is a weapon that was designed to kill people on a battlefield; if they high impact high velocity round when it hits your body shreds everything inside of your body because it was designed to do that so that you would bleed to death on a battlefield and not be able to get up and kill one of our soldiers. When we see that being used against children and in Odessa I met the mother of a 15-year-old girl who was shot by an AR-15 and that mother watched her bleed to death over the course of an hour because so many other people were shot by that AR-15 in Odessa and Midland there weren’t enough ambulances to get to them in time,” Beto responded.

“Hell yes, we’re gonna take your AR-15, your AK-47!” he declared. “We are not going to allow it to be used against fellow Americans anymore.” [Emphasized]

After the debate, Beto started fundraising off of his gun “confiscation” announcement and posted to his Twitter account a T-shirt that read: “Hell yes, we’re going to take your AR-15”. (Continued Below)

Sen. Ted Cruz, however, proved himself right in a song that he debuted the night of the Texas primaries to face Beto O’Rourke. The song, nonetheless, was “fact-checked” by PolitiFact  as “false.”

Cruz posted a picture of Beto’s gun confiscation t-shirt that he is now fundraising off of, along with the article from Politifact, entitled, “Ted Cruz (in a song) says Beto O’Rourke wants open borders and to ‘take our guns'”.

The Texas Senator wrote on Twitter Friday and suggested, “Just a reminder, when I said it, PolitiFact (a wholly-owned subsidiary of the DNC) rated ‘Beto wants to take our guns’ as FALSE. Maybe they should buy one of his new t-shirts.” (Video Below)

Just a reminder, when I said it, PolitiFact (a wholly-owned subsidiary of the DNC) rated “Beto wants to take our guns” as FALSE. Maybe they should buy one of his new t-shirts…. https://t.co/GqDbk4q272 https://t.co/EnnyDXL3xk

They want to take your guns

This isn't some right-wing conspiracy

This is the modern Democrat party

We can't let them take away our Second Amendment pic.twitter.com/gOdIWnUHZy

Ted Cruz’s official song that he debuted the night of the Texas primaries to face Beto O’Rourke on the November 2018 ballot. PolitiFact “fact-checked” the song as “false.”

(Related: Beto O’Rourke Pledges To ‘Legalize’ Over 10 Million Migrants If He Becomes President)