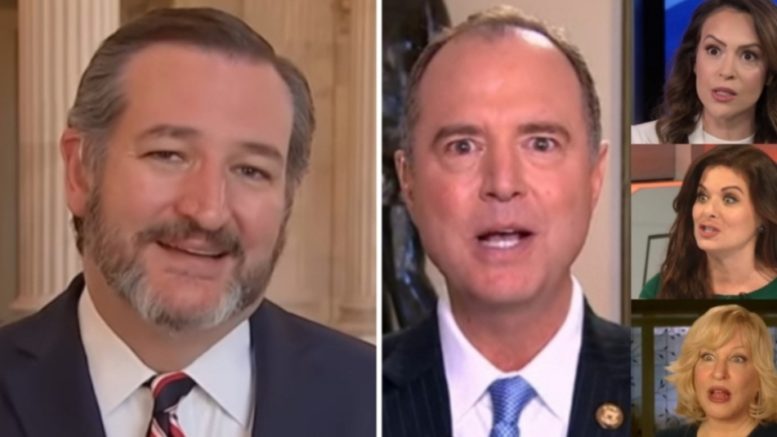 While speaking at the Faith, Family and Freedom forum in Austin, TX over the weekend, Senator Ted Cruz (R-TX) addressed “the rage” that he says has “consumed” the left and how conservatives should handle it moving forward.

To sum it all up, Cruz thinks the following three things are the best approach to deal with the left’s rage is: “Lighten up”, “have some fun” and “smile”.

In reference to the Democrat party, Cruz was quoted as saying, “The left right now, they’re so consumed with rage.”

“They hate the president. It is all-consuming, it’s all they can see. As conservatives, let’s not respond to that. Like, just lighten up. Just have some fun,” Cruz said according to Houston Chronicle.

As an example of what he means by “have some fun,” Cruz reportedly referred to a response he had to a viral meme of himself with an American flag in the background and captioned: “This man ate my son.”

Here is the tweet sequence Cruz was referring to:

Senator Cruz is set to meet with liberal actress Alyssa Milano as early as Tuesday in regards to a discussion the pair recently had on gun rights.

Milano has been known to have some moments that could he classified as “consumed by rage” that Cruz  is referring to and he voiced his hopes that the two can actually have a civil conversation, although he is proceeding with caution.

In ending, here is video of Cruz weighing in on the prospects of a meeting with Milano.

NYT Board Member Scolds Cruz For Schooling Kaep On Frederick Douglass, Cruz Fires Back: ‘You Represent Your Employer Well’