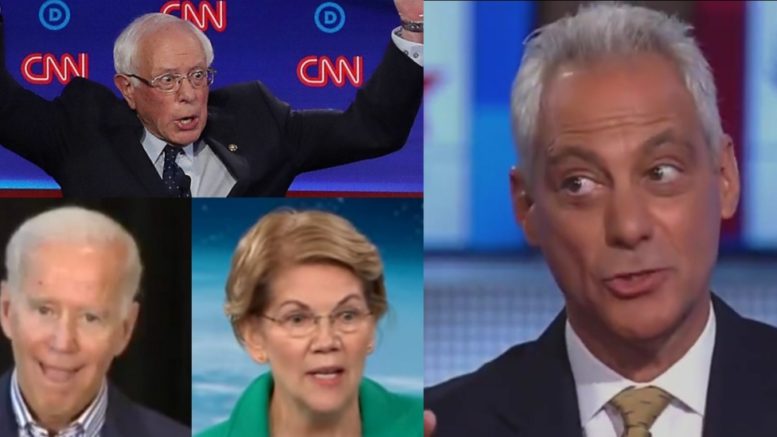 On Sunday, Former Obama Chief Of Staff and Chicago Mayor Rahm Emanuel had a few choice words for Democrat Presidential contenders ahead of their third debate.

Appearing on ABC’s Powerhouse Roundtable, Emanuel vented his frustration with the position that several candidates have taken thus far on health care as one of their sole sticking points has been the idea of health care for all or Medicare for all, which would eliminate 150 million Americans’ private insurance plans if passed.

Health care for all would also give free health care to those who have crossed the border illegally, which according to Rahm, is not something majority of Americans are ready to embrace.

“We’ve taken a position so far — the candidates have through the process — a few have not — about Medicare for all, which is going to eliminate 150 million people’s healthcare. And we’re going to provide health care to people that just come over the border ” Emanual said. “That is an untenable position for  the general election.”

He went on to give an example of how he was recently went on a bike trip through Michigan and Wisconsin and that nobody ran up to him saying, “Take my health care away!”

“This is reckless as it relates to — and you don’t have to take the position to win the primary — and you’re basically, literally hindering yourself for the general election,” Rahm declared. See Below