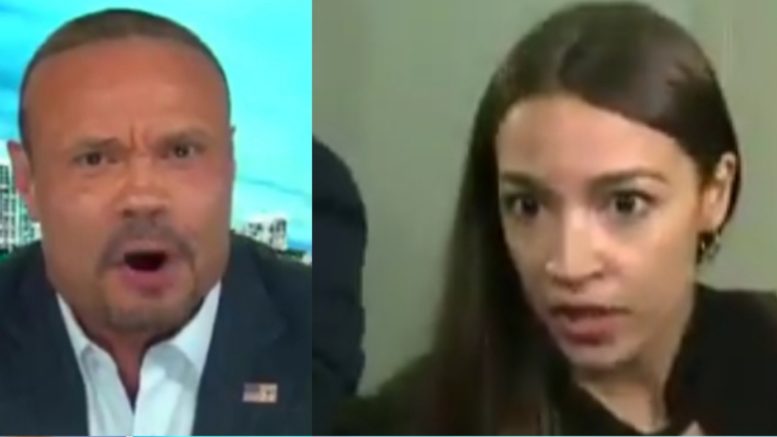 Cortez demanded Trump’s impeachment via a tweet on Friday in response to news that a US Air Force crew made a “peculiar” refueling stop in Scotland and slept overnight at the President’s Turnberry golf resort.

The House Oversight Committee is reportedly now investigating “whether US military expenditures have been propping up Trump Turnberry.”

In reaction to the news Ocasio-Cortez tweeted, “The President is corrupt and must be impeached.”

When asked by Judge Jeanine what he thought about AOC’s latest call for impeachment, Bongino laughed it off and said her Twitter feed is getting so “outrageous” that it’s “getting really difficult to take her seriously anymore.”

Bongino slammed the notion that Trump could be profiting off of a few hotel rooms at one of his many resorts, and he challenged anyone who is looking at this case to be “rational” when analyzing what exactly is being alleged. Video Below

“And number two,” he asked, “Do you actually think that endless BS charges of treason — all this other nonsense –…Do you think this is helping his business?”

“Do you really think President Trump ran for this Presidency, thinking this was gonna build his business profile?” Bongino questioned. “I get it, she doesn’t have a lot of business experience — AOC.” Video Below