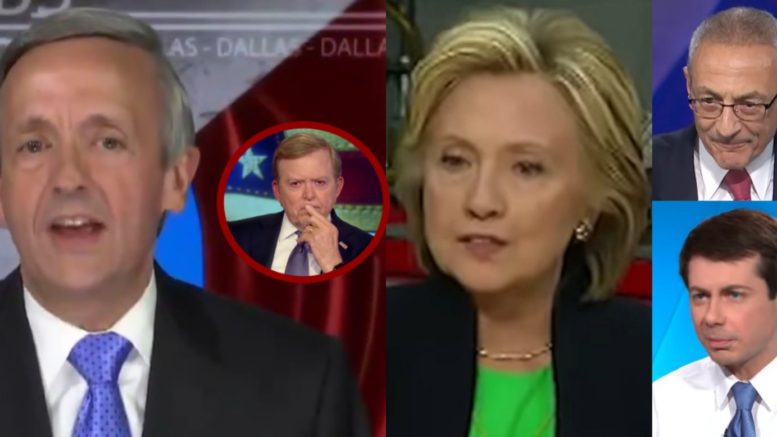 While appearing on Lou Dobbs Tonight, Pastor Robert Jeffress picked apart the left’s ongoing negative attitude shown towards “people of faith,” especially as the race for 2020 heats up.

Pastor Jeffress strongly believes that Christian-based morals, principles and concepts have been under attack by Democrats for quite some time in order to establish a “lawless society” that they “dream of”. And he thinks emails uncovered from John Podesta and Hillary Clinton’s infamous 2016 email leak have helped prove that theory.

“One of the things I’m grateful for about those leaked emails from Hillary and John Podesta — and aren’t we glad those got leaked — because one of the things they showed was the utter contempt Hillary Clinton and the Democrats had towards people of faith,” Jeffress said.

He went on to say that Democrats “hate” people of faith because “they realize Biblical Christianity is the last road bump on the road to the completely godless and moral, lawless society that they dream of.”

Related Article: Pastor Jeffress Rips Bernie’s Israeli Stance: ‘He Is Completely Illiterate When It Comes To What The Old Testament Teaches’

“I am scared to death that if President Trump is not re-elected and the Dems gain control of the White House and the Senate, there is gonna be a backlash against people of faith like we can not imagine,” Pastor Jeffress declared. Video Below

#AmericaFirst – @RobertJeffress: The left hates us because they know Christianity is the last road bump to the godless society they dream of. I’m scared that if @realDonaldTrump isn't re-elected there will be backlash against us. We need to turnout & vote for @POTUS! #MAGA #Dobbs pic.twitter.com/EVcHBmz0nw

Jesse Watters: ‘The Pandemic Party Is Over for the Democrats – Some of Them Just Haven’t Realized It Yet’