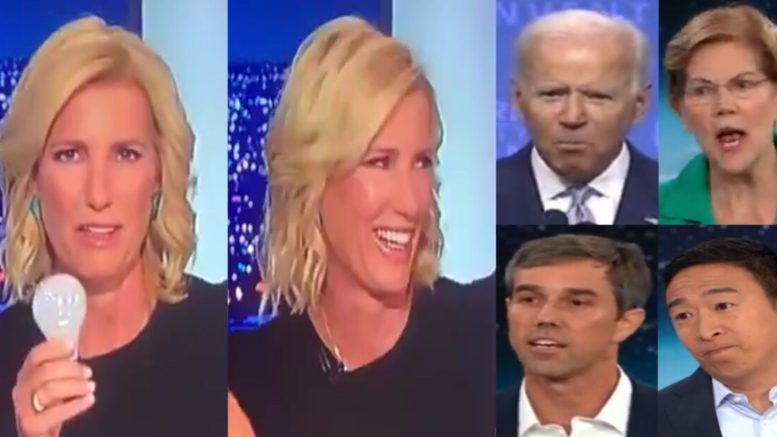 On Wednesday, CNN hosted a climate change town hall, where 2020 candidates got a chance to address environmental issues with Democrats and Independents.

While getting a turn to speak at the town hall, Senator Elizabeth Warren focused on whether the U.S. government should have a say on which light bulbs Americans are allowed to use.

Warren initially appeared to think such a question was ridiculous but said: “there are a lot of ways that we try to change our energy consumption and our pollution.”

Warren went on to say she will help in whatever way she can to cut down on energy pollution, but warned the audience, “This is exactly what the fossil fuel industry hopes we’re all talking about.” (Continued Below)

“They want to be able to stir up a lot of controversy around the light bulbs, around the straws and around the cheeseburgers,” Warren declared. “When seventy percent of the pollution — of the carbon we are throwing into the air — comes from three industries. And we can set our targets and say by 2028, 2030 and 2035 ‘No more!’ Think about that!”

Laura Ingraham, on Friday, displayed a sculpture to her audience and asked, “This is a meal that will trigger all the ‘left people’. Are you prepared for this?”

“It’s the ‘ultimate trigger sculpture’, culinary sculpture. It has everything the Democrats hate: steak, plastic straws, and lightbulbs,” she said while hilariously showing off the sculpture on a plate. “If I could have put an SUV on this, I would’ve.” (Video Below)

Related Article: Laura Ingraham Roasts Nancy Pelosi: ‘The Queen Of San Francisco Has Picked Up Where The Deep State Left Off’)