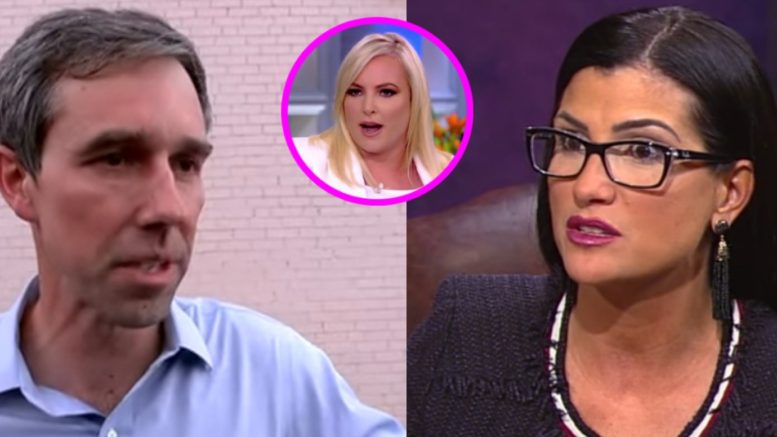 In a discussion about extreme gun control ideas, McCain said, “taking people’s guns away from them, there’s going to be a lot of violence”

O’Rourke took a jab at McCain over her remarks in an interview with The Daily Beast, as he said, “I just I think that kind of language and rhetoric is not helpful.”

He added, “It becomes self-fulfilling; you have people on TV, who are almost giving you permission to be violent and saying ‘you know this is this is going to happen.'”

Upon seeing Beto’s response to McCain, Loesch swiped back at the Presidential candidate.

Dana said in a tweet, “You drove drunk and nearly killed someone and then tried to flee the scene, so chill.”

“If you want to discuss rhetoric, you’re granting gov’t permission to take arms and go door to door to confront innocent, lawful Americans and steal their property from them,” she declared.

Then on Thursday evening Dana addressed  the latest decision by San Francisco leaders to label the NRA a “domestic terrorist organization” and warned about a red flag system.

We leave you with her reaction: