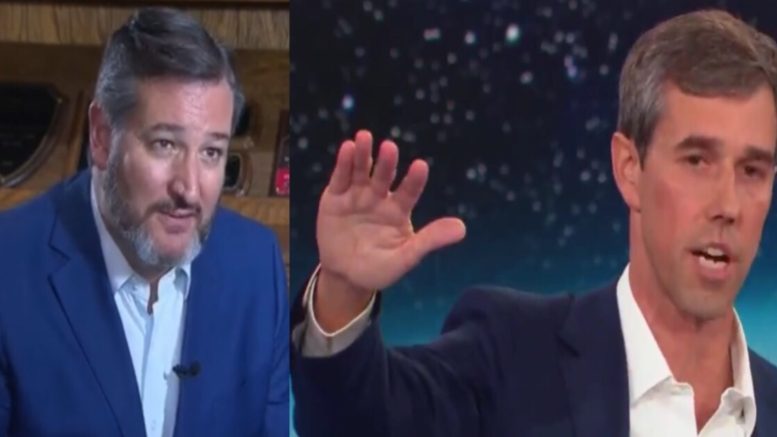 Senator Ted Cruz (R-TX) has been on a roll trolling Democrats, and this time, his latest target is Robert Frances “Beto” O’Rourke.

Beto, during CNN’s televised town hall Wednesday, claimed the city of El Paso, Texas will become “uninhabitable” to humans in the near future.

(Related: Beto Says ‘We Need To Buy Back Every Assault Weapon’, Dana Loesch Levels Him: ‘Will You Use Guns To Take Them By Force?’)

“But he knew because I had told him about the warming that we face that our community will become uninhabitable, will not sustain human life along this current trajectory unless something dramatically and fundamentally changes,” O’Rourke told the audience.

Then, he posted a video meme of Kevin Costner from the movie “Waterworld”, implying that El Paso will be underwater according to Beto.

Cruz added to his video meme: “Beto next year in El Paso.” (Video Below)

(Related: Ted Cruz Reacts As Alyssa Milano Announces A Planned Meeting With Him: ‘If It’s Screaming, Cursing & Yelling Like Twitter, That Won’t Be A Good Thing’