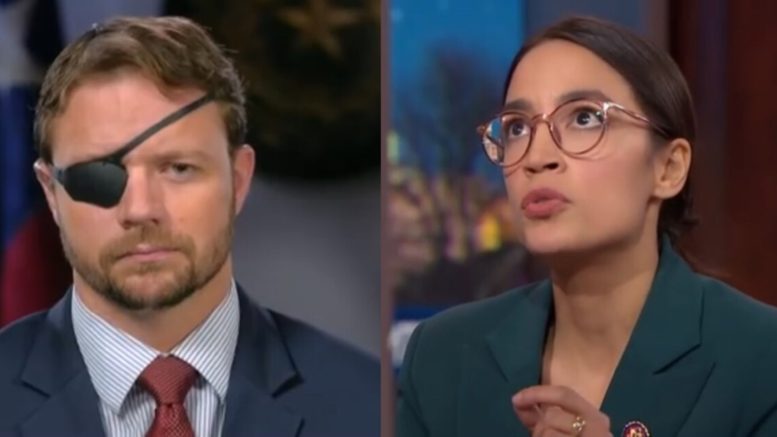 As The Freedom Times previously reported, Congressman Dan Crenshaw (R-TX) posted a video of a young woman who defended herself in Houston, Texas after five men tried to rob her and he wrote on Twitter along with the video, “Situations like this story are why we protect the 2nd Amendment.”

Crenshaw added, “Side note: With universal background checks, I wouldn’t be able to let my friends borrow my handgun when they travel alone like this. We would make felons out of people just for defending themselves.”

However, freshmen Congresswoman Alexandria Ocasio-Cortez (D-NY) was apparently irked over Crenshaw’s tweet and responded by suggesting that the former Navy Seal’s friends are “domestic abusers, criminals, and one who cannot pass a background check.”

Cortez wrote on Twitter to Crenshaw, “You are a member of Congress. Why are you ‘lending’ guns to people unsupervised who can’t pass a basic background check? The people you’re giving a gun to have likely abused their spouse or have a violent criminal record, & you may not know it. Why on earth would you do that?”

Crenshaw responded to the New York Congresswoman: “Just so I’m clear: you think my friends are domestic abusers/criminals? Seriously that’s your argument? That they can’t pass a background check?” he asked.

“Wrong. People lend guns to friends, esp if they don’t own a gun, for self-defense and hunting purposes. This is America outside NYC.” Crenshaw pointed out, leveling her argument. (Continued Below)

Stephen Gutowski, however, a firearms policy reporter for Free Beacon, responded to AOC’s claim in a series of 7 tweets teaching her a lesson.

He said, “It is already illegal to knowingly transfer a gun to somebody prohibited from owning them. HR8, passed by the house, would ban transfers of guns between friends without a background check. There are a few exceptions to that rule but @DanCrenshawTX’s example is accurate.”

Gutowski continued, “HR8 mandates that all transfers of guns (not just sales) must be made through a licensed gun dealer. That dealer must conduct a background check on the person who receives the gun as they are required to with transfers they conduct under current law,” he continued and included a link to the bill.” (Continued Below)

“There are exceptions for family members, transfers ‘necessary to prevent imminent death or great bodily harm,’ and temporary transfers for use at a shooting range, hunting, or in the presence of the owner,” Gutowski wrote including proof. 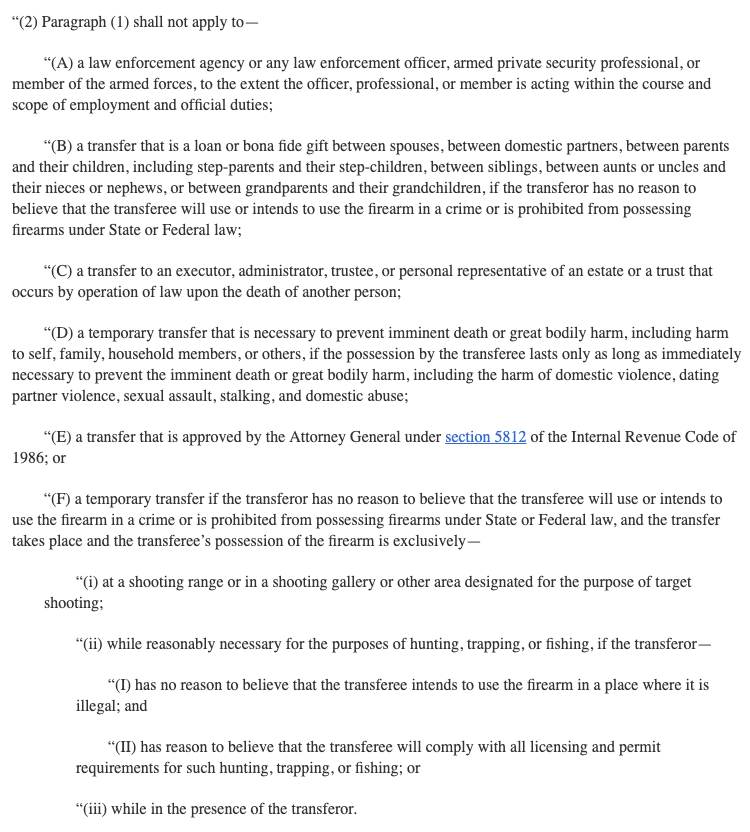 He went on to say, “So, to lend a friend a gun for personal protection as Crenshaw suggested, under HR8 you would need to travel to a gun dealer, transfer the gun to them, pay them a fee to process a background check, and then they would transfer the gun to your friend.”

“Then you would have to go through the same process again in order to get the gun back from your friend. You would need to do the same thing every time you lent them your gun,” the firearms policy reporter explained.

“How common is the situation that @DanCrenshawTXdescribed? I honestly have no idea and don’t know how you’d gather data on something like that either. His description of HR8 in this particular situation is accurate, though,” Gutowski said.

“HR8 would also make it illegal to store a gun at a friend’s home or vice versa without first transferring it through a licensed dealer. But that’s a different conversation, I suppose,” he added. (Continued Below)

(Related: Geraldo Claims AR-15s Are A ‘Symptom’ Of Small Manhood, Loesch Challenges Him: ‘I Have Several AR-15s, Geraldo’)

“She Hasn’t ‘Filed’ Yet!!!”: Trump Wonders if Rep. Cheney Will ‘Soon be Dropping out of the Race?’

Rep. Bishop: ‘Adam Schiff Is the Jussie Smollett of Congress – He Just Hasn’t Had His Trial Yet’