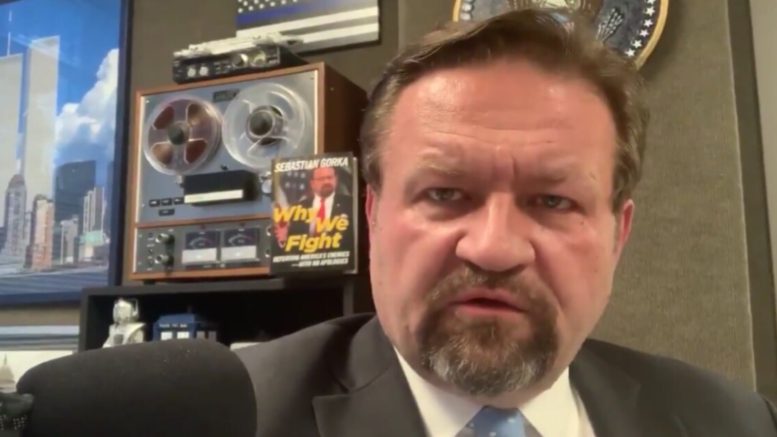 The San Francisco Board of Supervisors has passed a resolution declaring the National Rifle Association a “domestic terrorist organization” and urged the federal government to do the same – the latest escalation in the heated rhetoric from Democrats regarding the NRA in the wake of several deadly mass shootings, as reported by Fox News.

The resolution, which passed Tuesday and says the U.S. is “plagued by an epidemic of gun violence,” accuses the NRA of using “its considerable wealth and organization strength to promote gun ownership and incite gun owners to acts of violence.”

“All countries have violent and hateful people, but only in America do we give them ready access to assault weapons and large-capacity magazines thanks, in large part, to the National Rifle Association’s influence,” the resolution states in part.

The NRA responded by calling the resolution a stunt that was distracting from the city’s myriad of social problems.

“This ludicrous stunt by the Board of Supervisors is an effort to distract from the real problems facing San Francisco, such as rampant homelessness, drug abuse, and skyrocketing petty crime, to name a few,” the statement said, according to KTVU. “The NRA will continue working to protect the constitutional rights of all freedom-loving Americans.” (Continued Below)

The NRA issued another statement: “This is a reckless assault on a law-abiding organization, its members, and the freedoms they all stand for. We remain undeterred – guided by our values and belief in those who want to find real solutions to violence.”

Dr. Sebastian Gorka responded to San Franciso declaring the National Rifle Association a “domestic terrorist organization” and took to Twitter with a video urging American’s to “join the NRA now.”

“They’ve really gone too far this time,” Gorka expressed. “San Franciso has declared the NRA a terrorist organization. If you own a gun, if you believe in the Second Amendment, they’ve put a target on your back– all 5 million members of the NRA. (Video Below)

“What will happen when some deranged person takes that seriously?” Gorka asked. “The Democrats have become the fascists, the dictators.”

Gorka also tweeted another video of Anna Paulina, who is a veteran and an NRA member. She is upset with the San Francisco elitists who declared the that NRA a “terrorist organization.”

“I’m not going to be bullied into getting rid of my membership. I’m not a terrorist and I’m not giving up my right to own firearms. Why don’t you start focusing on real issues like the homelessness, the drug problem, and the human feces that you have infecting your streets!” Paulina declared.

Believe in the 2nd Amendment?

Then you’re a terrorist. https://t.co/CByO4SXGBZ

(Related: Biden Takes An Extreme Stance On Gun Control As He Calls For Eliminating ‘Magazines That Can Hold Multiple Bullets’)

Cruz Proves Himself Right As Beto Says ‘Hell Yes, We’re Going To Take Your AR-15’: Politifact ‘Should Buy One Of His New T-Shirts’