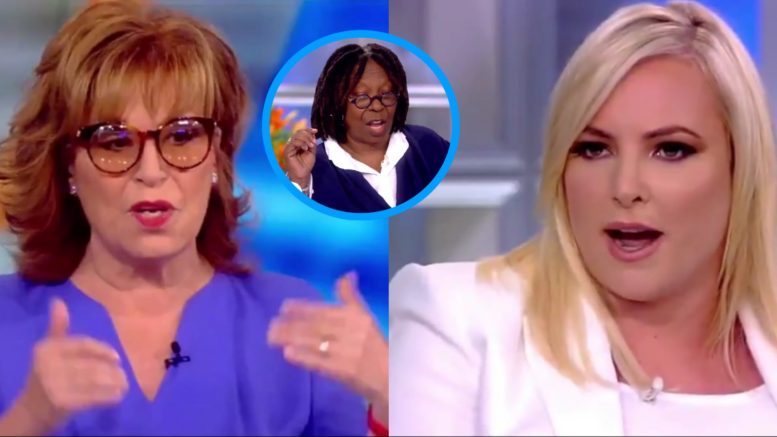 On Tuesday, Joy Behar and other hosts of The View intensified their attack on Republicans in regards to “assault weapons”, which led to Meghan McCain piping up in strong defense of the Second Amendment.

In a viral clip, Behar is heard saying, “[If you] keep rooting for Republicans, you’re going to get nothing done. That’s basically the bottom line,” as Sunny Hostin finished her sentence by saying, “when it comes to assault weapons.”

Meghan McCain responded, “The AR-15 is, by far, the most popular gun in America.”

“I was just in the middle of nowhere, Wyoming, so if you’re talking around going and taking people’s guns away from them, there’s going to be a lot of violence,” she continued.

Hostin then asked, “What about living without the assault weapons that are killing our children?” And another host brought up how she feels nervous walking around the mall and thinking anyone can pull out a shotgun at any moment.

McCain replied, “Again, like I feel safe that I can protect myself and I have guns at my house.” Video Below

God bless Meghan McCain for sticking up for the Second Amendment against all these anti-American freedom haters pic.twitter.com/NiSK6uMP65