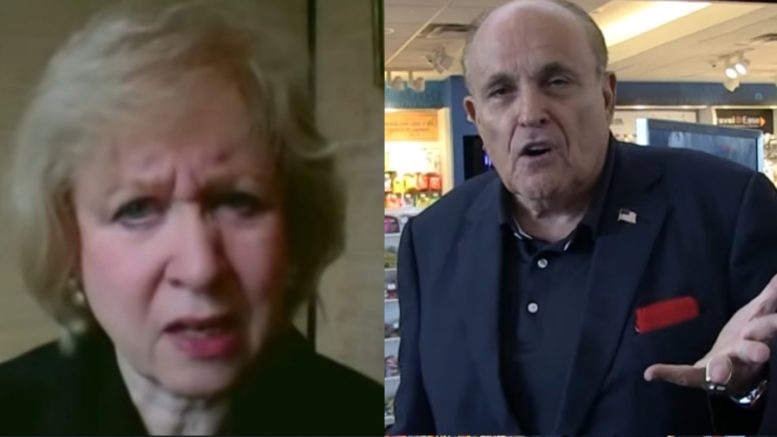 While speaking with TMZ, Rudy Giuliani slammed former Canadian Prime Minister Kim Campbell who said she was “rooting for a direct hit on Mar a Lago” by Hurricane Dorian in a tweet that she has since apologized for and deleted.

In an impromptu interview at an airport, a reporter from TMZ asked Rudy what he thought about the politicization of Hurricane Dorian, and specifically referred to the tweet by Campbell.

The reporter said it’s not only Campbell who had nasty remarks to say about Trump in relation to Hurricane Dorian. But many others are doing the same and politicizing the natural phenomenon by implying it could be a result of President Trump’s stance on climate change.

Rudy said that he doesn’t understand the “viciousness of the press” towards President Trump and he declared, “The President is doing the best he can for the American people. He cancelled his trip to Europe so that he can make sure that the hurricane is dealt with properly.”

“I know the true believers believe there’s a scientific fact, but the reality is for them it’s more like religious doctrine rather than science,” Giuliani proclaimed. Video Below