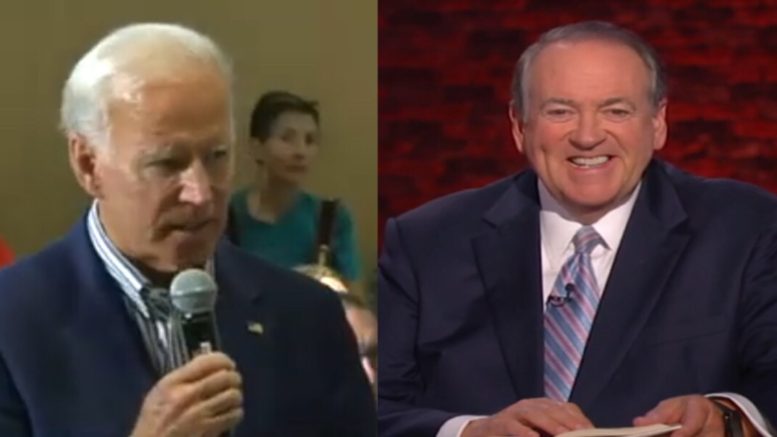 Democratic presidential frontrunner and former vice president, Joe Biden, is facing backlash after yet another blunder on the campaign trail. This time he’s being accused of a “false war story.”

Biden’s blunder took place earlier this month when Biden recalled a story that he claimed as being, “God’s truth”, at a campaign rally in New Hampshire.

Joe Biden painted a vivid scene for the 400 people packed into a college meeting hall. A four-star general had asked the then-vice president to travel to Konar province in Afghanistan, a dangerous foray into “godforsaken country” to recognize the remarkable heroism of a Navy captain, according to The Washington Post.

Describing the event to the audience, Biden said he brushed off concerns about the risk of him traveling to the area. “We can lose a vice president. We can’t lose many more of these kids. Not a joke.” His story involved the captain dramatically telling Biden he didn’t want the medal because his comrade ended up dying.

The Navy captain, Biden recalled Friday night, had rappelled down a 60-foot ravine under fire and retrieved the body of an American comrade, carrying him on his back. Now the general wanted Biden to pin a Silver Star on the American hero who, despite his bravery, felt like a failure, as per The Post.

The Washington Post, however, reported on Thursday that the event “never happened,” after speaking with a dozen military and campaign sources.

“It appears as though the former vice president has jumbled elements of at least three actual events into one story,” The Post’s Matt Viser and Greg Jaffe wrote. “In the space of three minutes, Biden got the time period, the location, the heroic act, the type of medal, the military branch and the rank of the recipient wrong, as well as his own role in the ceremony.”

“He’s now become the incarnation of Forrest Gump, showing up in every moment of history, even though he wasn’t there and gets it all wrong,” the former governor pointed out.

“Maybe Forrest Gump should be on the ballot. ‘Run, Forrest, RUN!’ he exclaimed.

Starting to feel sorry for ol' Joe. He's now become the incarnation of Forrest Gump, showing up in every moment of history, even though he wasn't there and gets it all wrong. Maybe Forrest Gump should be on the ballot. "Run, Forrest, RUN!" https://t.co/zKeuTStZLm

We leave you with Fox News’ “The Five” reacting to Biden’s “war story”: