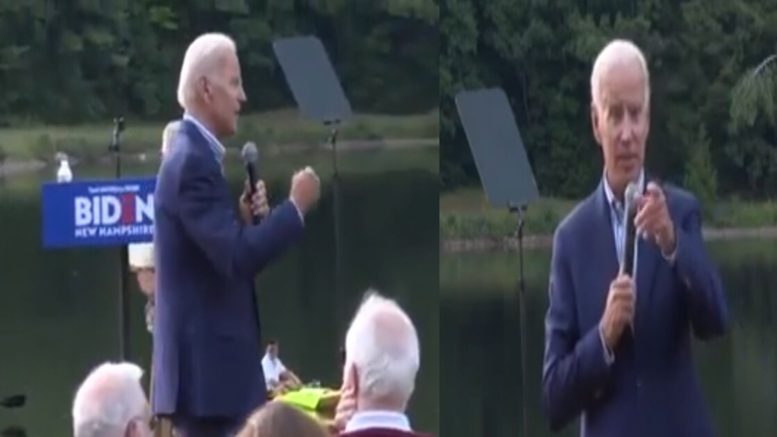 As far as gaffes are concerned, Democrat Presidential frontrunner Joe Biden can not catch a break.

“I want to be clear, I’m not going nuts,” Biden said at Loon Lake, New Hampshire. “I’m not sure whether it was the medial school or where the hell I spoke. But it was on the campus.”

It was a minuscule misstatement. But Biden’s irritation — he pointedly looked at the media covering the event as he corrected himself — was clear. The former vice president is the front-runner in the 2020 Democratic presidential race, yet he is facing real questions about the fragility of that status. Any misstep or gaffe sparks a flurry of news coverage that undermines the premise of his campaign — that he is the candidate best equipped to beat President Trump, as reported by The Los Angeles Times.

On Saturday, while campaigning in New Hampshire, a local reporter caught up with Biden and asked him what he thought about the town of Keene, New Hampshire, but Biden’s memory got the best of him. “I love this place. Look, what’s not to like about Vermont, in terms of the beauty of it?” he asked while he was in New Hampshire. (Continued Below)

On Friday, multiple video clips surfaced of Biden saying things he probably didn’t intend to say, which likely did more damage than good while campaigning in New Hampshire.

Biden also said for folks in the working class…they will, in fact, will increase their premiums.” (Video Below)

Joe Biden “I want to be clear, I’m not going nuts.”

(Related: Doocy Irritates Biden After Informing Him That Someone Else Had A Bigger Crowd Size In Iowa)

Detroit Auto Worker On His Confrontation With Joe Biden: “He Doesn’t Need To Touch Anybody’s Weapon At All”