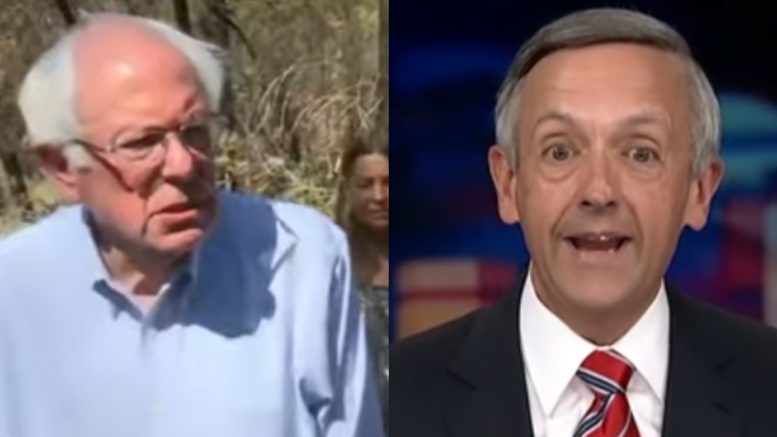 While joining Todd Starnes for a radio interview, Pastor Jeffress slammed Democrats’ lack of support for Israel in wake of the situation involving Congresswomen Rashida Tlaib and Ilhan Omar.

After Israel barred Tlaib and Omar over their anti-Semitic rhetoric and support for the BDS movement, Democrat leadership united against Israel and reignited their neverending demand for more tolerance out of the Jewish state.

As a result, Evangelicals, like Wayne Allen Root have since called on Jewish Americans to not to vote for Democrats, because not supporting Israel goes against Old Testament teachings.

Self-proclaimed Jewish Democrat leaders, such as Democrat Presidential candidate Bernie Sanders, have retaliated to this notion by saying it’s ok to “proudly vote” for Democrats regardless of what critics on the right are saying.

Despite being Jewish, Bernie has repeatedly spoken out against Israel, and has even recently proposed an idea, if elected President, of “leveraging aid to Israel” so they change some of their policies and “end racism.”

In regards to Bernie’s stance on Israel and calling on other Jews to “proudly vote” for Democrats, Pastor Jeffress said, “It’s obvious Bernie Sanders is completely illiterate when it comes to what the Old Testament teaches about Israel.” Video Below

“And, I think Bernie Sanders and other Jewish Americans who say such things as they proudly vote Democrat really have no idea what the Bible says,” he concluded. Video Below

Related Article: Pastor Jeffress On Tlaib & Omar Getting Barred By Israel: ‘They Were On A Propaganda-Spewing Mission’

We leave you with Pastor Jeffress’s full interview with Todd Starnes.