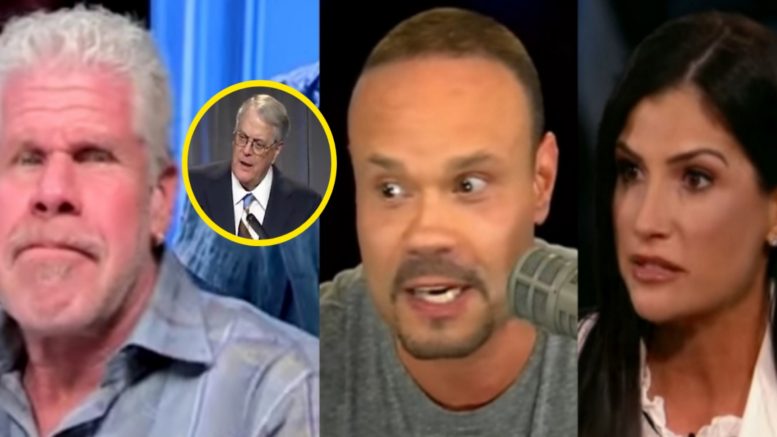 After news broke of billionaire David Koch’s passing, far left Hollywood celebs and pundits immediately broke out into grotesque celebratory reactions that were laced with dark humor and ill wishes for the remaining members of the Koch family.

One such response came from Hollywood actor Ron Perlman.

Prior to responding directly to Perlman, Bongino said, “I didn’t know David Koch, never met him. But insane, deranged, lunatic liberals celebrating his death, and hoping it was painful, is indicative of the disease, the curse, the plague, liberalism has become. How do these maniacs look at themselves in the mirror? They’re disgusting.”

With that said, Bongino laid into Perlman for his twisted tweet directed at the Koch brothers and replied: “You’re a chump. A fake tough guy. A loser. A disgrace to your family. You’d run in horror if ever forced to confront the people you attack.”

“I’ve run into cowards like you in my prior line of work and they’re all the same. Faux bravado, genuine cowardice. You’re a chump,” he added.

“Get back to dancing you clown. Dance for us like the joker you are. Dance for us, that’s all you’re good for you helpless, sad, sorry clown,” Bongino continued. “I don’t know who broke you, and your disgusting soul, but what’s left is nothing more than a wretched remnant of a human being.”

Dana Loesch chimed in on the conversation and gave Perlman a reality check about the Koch brothers that he may not have known.

She said, “Ron, this is bad. The dudes are social liberals and fiscal libertarians. They fund cancer research, medical centers, and the arts. We can disagree with others without forgetting that we’re all human.”

Ron, this is bad. The dudes are social liberals and fiscal libertarians. They fund cancer research, medical centers, and the arts. We can disagree with others without forgetting that we’re all human.

Then, in a follow-up tweet, Bongino said, “Another sick, deranged liberal Hollywood chump.”

“This guy is a coward, a chump, a wuss, who has never confronted a real man in his entire life. He’s a disgrace to himself, & his family, & anyone who claims his sorry soul. He’s a complete zero without an ounce of dignity,” he declared.

‘Shut Your Mouths! Sit in the Corner!’ Bongino Erupts on Supporters of Biden ‘Abandoning Our People’