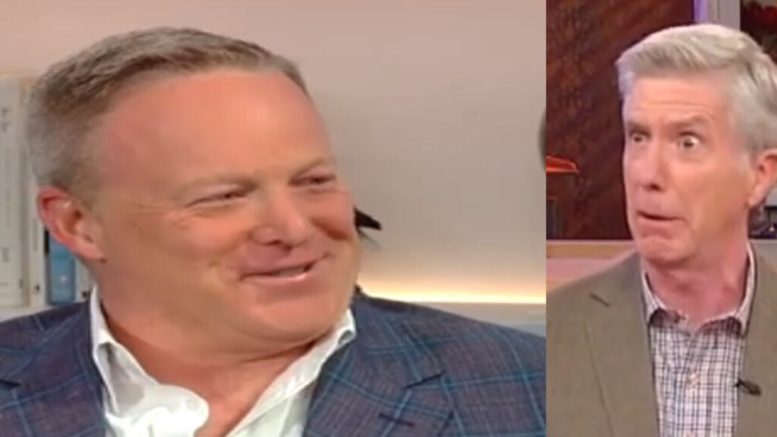 Former White House press secretary, Sean Spicer responded to critics who are objecting to his selection for the new season of “Dancing With the Stars”.

Sean Spicer also admitted that he’s a horrible dancer. “I got approached when I left the White House and I have time in life. And you know what? It’s going to be fun. It’s the kind of entertainment that I could actually encourage my kids and family to watch. And it’s what we need more of: good wholesome entertainment– I get way out of my comfort zone and do something that’s totally new to me,” he expressed.

“A few months ago, during a lunch with DWTS’ new Executive Producer, I offered suggestions for Season 28. Chief among them was my hope that DWTS, in its return following an unprecedented year-long hiatus, would be a joyful respite from our exhausting political climate and free of inevitably divisive bookings from ANY party affiliations. I left that lunch convinced we were in agreement. Subsequently (and rather obviously), a decision was made to, as we often say in Hollywood, ‘go in a different direction,'” Bergeron wrote.

Spicer responded to the criticism and said, “He’s entitled to his opinion. Tom’s been– 28 seasons, I’ve always thought he did a great job as host, and I share his sentiment.” (Continued Below)

“This should be two hours of politics-free. But more than that, and I hope what this show is at the end of the season, is an example of people of a bunch of different backgrounds, getting together, leaving politics aside, and having a good time in a civil and respectful way,” Spicer continued.

“My hope and goal is at the end of the season, Tom looks back and says ‘You know what? We need more of this, not less of it. We need more bringing people together of different backgrounds and say hey, come together and show how much you actually can enjoy each others company, have a conversation, be together, dance around, enjoy each other,'” he said.

“I think too much of what we have in this country right now is every conversation has to turn into politics. And as much as I’ve enjoyed that most of life, I think there [are] times when we want to as a family, as an organization, as friends… sit down and have an enjoyable, politics-free conversation,” Spicer said. (Video Below)

Some thoughts about today pic.twitter.com/aCQ4SHrGCI

Sean Spicer reacts to the backlash: