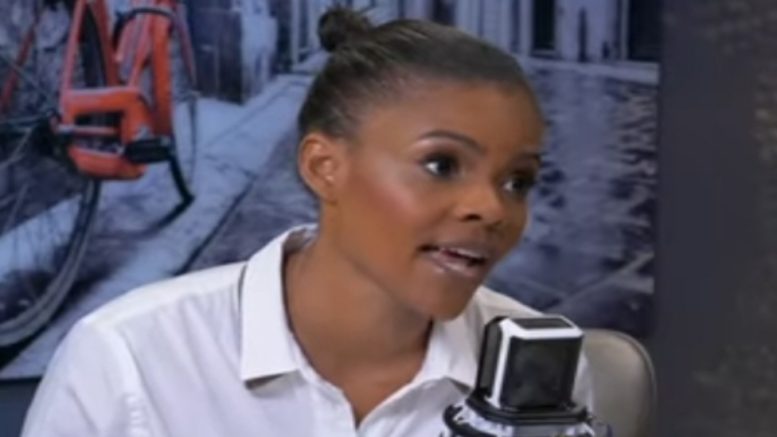 Candace Owens made another bold statement that drew reactions on Thursday, while tweeting about her new book “BLACKOUT.”

Owens encouraged followers to “freak out” as she revealed that she does not support the “trans movement” and referred to an “entire chapter” of her book for those who want to read more about her thoughts on the topic.

Candace said, “Everyone freaked out when I was the first to say I didn’t support the #metoo movement. Then Brett Kavanaugh happened and I was right.”

“Feel free to freak out again but I don’t support the trans movement. Leftist writing is on the wall again,” she proclaimed.

“Trans movement thinks it’s slick, but it’s become the new area of leftist lynchings if anybody dares to question the absurdity of its demands,” Candace continued.

“But I’m never scared to go there. There’s an entire chapter in my book about it,” she said. “It will age well.” See Below

Bestselling Fantasy/Fiction Author, K.J. Colt, fired off several reactions to Owens’s tweets where she ultimately concluded that Candace was being “anti-trans to promote sales” for her book.

She said, “That’s not opportunistic at all. Xo”

Owen’s replied to K.J. Colt: “You think calling me “anti-trans” is going to shut me up. LOL”

“I play Leftist Pokémon,” she continued. “I see how many ridiculous names you guys call me (gotta catch em’ all!) as I continue to tell the truth.”

Candace ended with: “Anti-trans, literally Hitler, anti-black— YAWNNNNNNNN. So level one. Get creative.” See Below

In ending, here is a quick clip of Candace briefly weighing in on the subject freedom of speech being under attack in America.