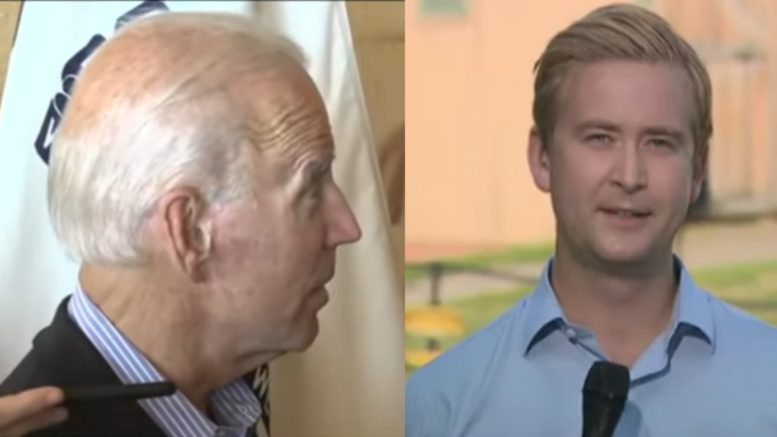 Fresh out of a campaign event in Iowa, Democrat Presidential front-runner Joe Biden confidently faced the press and took questions.

Although his crowd size was nothing compared to President Trump’s jam-packed rallies with tens of thousands of supporters, Biden was encouraged by his attendance size. That was until Fox News reporter Peter Doocy put a damper on it.

Doocy, who attended Biden’s event, reported that it was held at a smaller venue but there was still “room in the back.” This contrasted one of Elizabeth Warren’s events that was held in Des Moines, Iowa, according to Doocy, where she had a crowd “in the thousands.”

When asked if he is worried about a more progressive candidate like Warren drawing bigger crowds than him, Biden replied, “No, it depends on what the nature of the event is. What I’m trying to do is go around from town to town.”

Then, after claiming that he is “drawing bigger crowds than anybody,” Biden asked Doocy, “Have you seen anyone draw bigger crowds here than me in this state?”

All Biden could do at that point was smile and try to move on.

Doocy reported, “The former Vice President didn’t seem  to like that because a few seconds later, he singled me out to say he thought I was going to be unfair to him no matter what, but that he could handle it because he is a ‘big boy’.” Video Below