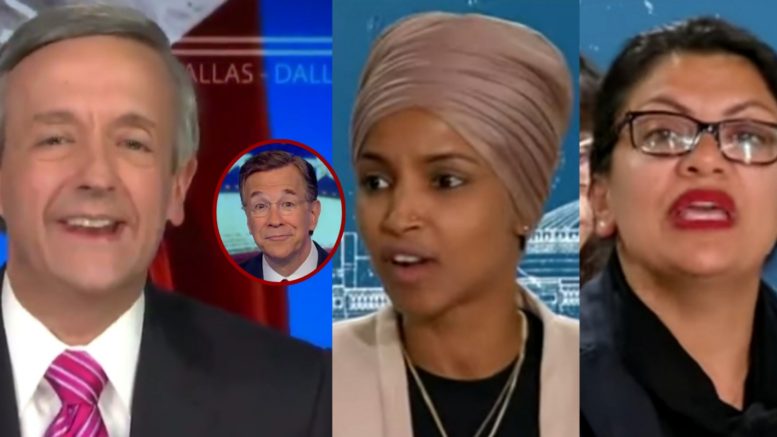 In a recent interview, Pastor Robert Jeffress weighed in on Rashida Tlaib and Ilhan Omar being refused from entering Israel.

Tlaib was eventually granted permission into Israel under humanitarian conditions to see her grandmother, which she later rejected. However, Pastor Jeffress defended Israel’s initial decision of not allowing both Tlaib and Omar inside its country, and he cited multiple reasons for why he feels it was a necessary move.

According to Jeffress, the barring of the two congresswomen came in relation to an Israeli law that was recently passed involving boycotts, and the failure of both Tlaib and Omar accepting an offer to meet with Israeli leaders before their visit to the region.

Jeffress began by saying,  “Apparently, Tlaib hates Israel more than she loves her grandmother. It was all a ruse.”

He then pointed out the two things he thinks Americans need to know about the situation about Tlaib, Omar and Israel that is not being covered by the general mainstream media.

Jeffress said, “First of all in 2017, Israel put out a law that said anybody who supports boycotts is barred from entering into the country. Boycotts are a form of economic terrorism.” Video Below

In essence, Israel was put in a position to decide if they should “make in exception to their law for two anti-Semitic congresswomen who subscribe to an ideology that denies the right of Israel even to exist.”

“The second thing two know is Israel actually offered these women a chance to visit,” Jeffress continued. “All they needed to do was spend a very small amount of time meeting with Israeli officials, so they could receive a briefing on what the Israelis were doing to help the Palestinians.”

He went on to say that they “refused that offer” and instead said they wanted to “go to occupy Palestine alone.” This, according to Jeffress, “proves that these two women were not on a fact-finding mission. They were on a propaganda-spewing mission, and Israel was right for refusing them entry into the country.” Video Below

#AmericaFirst–@robertjeffress: Why should Israel allow two anti-Semitic congresswomen into its country who subscribe to an ideology than denies Israel’s right to exist? They were given an offer & refused. They are on a propaganda-spewing mission. #MAGA #Dobbs pic.twitter.com/BJAjzUAdpi