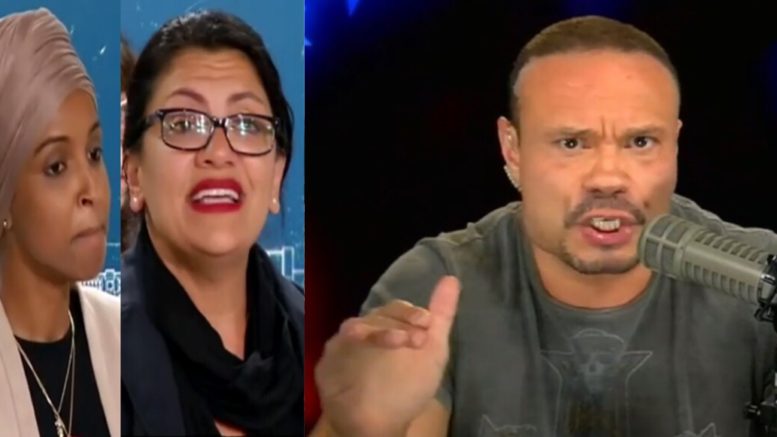 Prime Minister Benjamin Netanyahu released a statement on Thursday amid Israel’s decision to block the Congresswoman: “No country in the world respects America and the American Congress more than the State of Israel. As a free and vibrant democracy, Israel is open to critics and criticism with one exception: Israeli law prohibits the entry into Israel of those who call for and work to impose boycotts on Israel, as do other democracies that prohibit the entry of people who seek to harm the country.”

Benjamin Netanyahu continued, “Only a few days ago, we received their itinerary for their visit in Israel, which revealed that they planned a visit whose sole objective is to strengthen the boycott against us and deny Israel’s legitimacy.”

“For instance: they listed the destination of their trip as Palestine and not Israel, and unlike all Democratic and Republican members of Congress who have visited Israel, they did not request to meet any Israeli officials, either from the government or the opposition. A week ago, Israel warmly welcomed some 70 Democratic and Republican members of Congress, who expressed broad bipartisan support for Israel, which was also demonstrated a month ago in a resounding bipartisan vote against BDS in Congress,” Netanyahu added.

Tlaib however, was granted permission to enter the West Bank to visit her grandmother, but she declined Israel’s offer. (Continued Below)

“We in the United States have a constructive role to play,” Omar said Monday during the press conference. “We give Israel more than $3 billion in aid every year. This is predicated on them being an important ally in the region and the only democracy in the Middle East. But, denying a visit to duly elected members of Congress is not consistent with being an ally.”

She added, “The decision to ban me and my colleague, the first two Muslim-American women elected to Congress, is nothing less than an attempt by an ally of the United States to suppress our ability to do our jobs as elected officials.”

Tlaib held back tears as she discussed visiting Jerusalem as a child. “As a young girl visiting Palestine to see my grandparents and extended family, I watched as my mother had to go through dehumanizing checkpoints – even though she was a United States citizen and a proud American,” she said. (Continued Below)

Former Secret Service agent, Dan Bongino, slammed Omar and Tlaib for “lying” at their press conference dropping off a series of tweets.

He wrote, “No surprise here but Ilhan Omar and Rashida Tlaib are lying, AGAIN. They have zero credibility. Please don’t humiliate yourself by retweeting their endless lies without double & triple checking first. They lie fluidly and effortlessly. It’s incredible to watch.”

“Ilhan Omar keeps talking about an “occupation.” Since there is no ‘occupation’ we can disregard her comments,” Bongino said.

“Arabs in Israel have more freedoms than Arabs in Arab countries. Of course, you won’t hear that from Reps Tlaib & Omar because they endlessly lie. They have shown their anti-Semitic streak and it’s not pretty. Don’t embarrass yourself by promoting their discredited nonsense,” he urged.

“Arabs are equal citizens in Israel, any assertion otherwise is a LIE. Also, when Gaza was turned over, rocket attacks into Israel followed thereafter. Omar & Tlaib always leave these inconvenient FACTS out of their ‘analysis.’ Don’t embarrass yourself by promoting their nonsense,” Bongino reiterated.

He concluded, “The 2020 Dem candidates are now embracing the anti-Semitic congresswomen and their anti-Semitic views. Don’t dare let them run away from this when the general election comes around.” (Continued Below)

Earlier Monday, the White House fired back at Democrats amid reports that they may be planning retaliatory moves in Congress against two top American and Israeli diplomats.

“Congresswomen Rashida Tlaib and Ilhan Omar have a well-documented history of anti-Semitic comments, anti-Semitic social media posts and anti-Semitic relationships,” said White House spokesman Hogan Gidley. “Israel has the right to prevent people who want to destroy it from entering the country – and Democrats’ pointless congressional inquiries here in America cannot change the laws Israel has passed to protect itself.”

GOP Chairwoman Ronna McDaniel pointed out that Omar and Tlaib are actually fundraising off of not going to Israel:

Ilhan Omar and Rashida Tlaib are actually fundraising off of their attacks on Israel.

Related: Israeli Minister RIPS Tlaib After She Refuses Israel’s Offer: ‘Her Hatred Of Israel Is Greater Than Her Love For Her Grandmother’