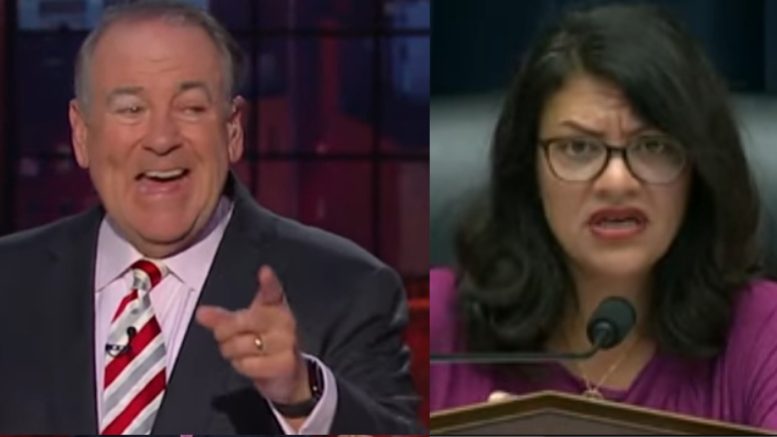 Israel agreed to honor Tlaib’s request after she sent a letter to Israel’s interior minister, Aryeh Deri, Thursday evening pleading to visit her relative, as she said it might be her “last opportunity to see her.”

Tlaib, however, rejected eIsrael’s generous offer, citing that she “can’t allow the State of Israel to take away that light by humiliating me & use my love for my city to bow down to their oppressive & racist policies.”

As part of his statement in response to Tlaib’s decision, Deri said, “Congresswoman Rashida Tlaib just tweeted that she will not visit Israel. Last night, she sent me a letter asking me to allow her to visit her grandmother, who is in her 90s, because ‘this might be my last opportunity to see her.’ I agreed to this humanitarian request, but it turns out that it was just a provocation aimed at embarrassing Israel.”

“Her hatred for Israel overcomes her love for her grandmother,” he declared.

As news of the matter began to circulate, Mike Huckabee revealed what he believes is the chief motive behind Tlaib’s latest moves. See Below

Huckabee said, Tlaib whined to go to Israel and IsraeliPM said no b/c they let NO ONE in who supports the hate-based BDS nonsense. Israel then granted permission for Tlaib to come but Tlaib now say she isn’t coming.”

Related Article: Israeli Minister RIPS Tlaib After She Refuses Israel’s Offer: ‘Her Hatred Of Israel Is Greater Than Her Love For Her Grandmother’

“It was NEVER [about] visiting for her; was about making a scene,” Huckabee concluded. See Below

Tlaib whined to go to @Israel and @IsraeliPM said no b/c they let NO ONE in who supports the hate-based BDS nonsense. Israel then granted permission for Tlaib to come but Tlaib now say she isn't coming. It was NEVER abt visiting for her; was about making a scene.

Moments later, President Trump chimed in with a blast of his own. We leave you with his two-tweet reaction: