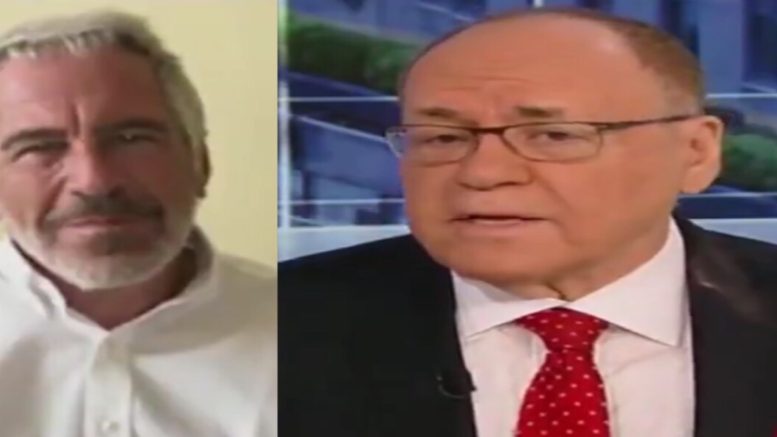 Fox News medical contributor Dr. Marc Siegel said Thursday during an interview on Fox News’ “America’s Newsroom” that it’s “more likely” Jeffrey Epstein’s death was a homicide rather than a suicide, following a full autopsy of Epstein’s body that reportedly found broken bones in his neck.

The hyoid bone, which is near the Adam’s apple, can be broken in a suicide by hanging – especially in older people – but is more common in strangulation murders, as reported by the Washington Post.

“The hyoid bone in the neck being fractured and other fractures in the neck, make it more likely, and again, this is a percentage call, more likely that it was a homicide than a suicide,” Siegel said but clarified, “It could be both.” [Emphasized.]

He said he is still waiting for more information before making a final opinion, but he expressed “suspicion” about the latest details surrounding Epstein’s death.

“It can either be a suicide or a homicide still… I am now more suspicious than ever that this could be a homicide,” he said. “Because of the bones.” [Emphasized.]

“If someone is attacked, you see signs of the attack on the body… It hasn’t been released yet. I’m waiting to see that. If someone holds you down, you see evidence on the body, bruises. (Continued Below)

Siegel also addressed the lack of judgment allegedly displayed by prison doctors and officials, after they deemed Epstein to be in good mental health, just six days after he had been placed on suicide watch, per Fox News.

“Six days on a suicide watch, prison officials reportedly removed it. Prison officials, guided by who? What self-respecting psychiatrist would say, ‘okay, he’s no longer suicidal,'” he said.

“There was evidence on July 23rd that he may have done something to his neck, or someone did… suddenly six days later he waves his hand, says he’s fine, and he’s put in an area where ultimately he’s unobserved — because as you know, people fall asleep and they falsify records reportedly. This situation smells,” he added. (Continued Below)

Epstein, 66, was found Saturday hanging in his cell in an “apparent suicide” at the Metropolitan Correctional Center in New York City, where he was being held on sex trafficking charges.

While speaking at a conference on Monday, Attorney General William Barr blasted corrections officials and vowed to investigate the “serious irregularities” uncovered at the federal prison in the aftermath of Epstein’s apparent suicide.

“Most importantly, this case was important to the victims who had the courage to come forward, and deserve the opportunity to confront the accused in the courtroom,” he continued.

“I was appalled and indeed the whole department was, and frankly, angry to learn of the MCC’s failure to adequately secure this prisoner. We are now learning of ‘serious irregularities’ at this facility that are deeply concerning and demand a thorough investigation. The FBI and the Office of Inspector General are doing just that. We will get to the bottom of what happened. And there will be accountability,” Barr emphasized on Monday. (Video Below)

According to normal MCC operations, Epstein should have been checked on, physically, every 30 minutes, but apparently was not checked on for “several hours” leading up to his death.