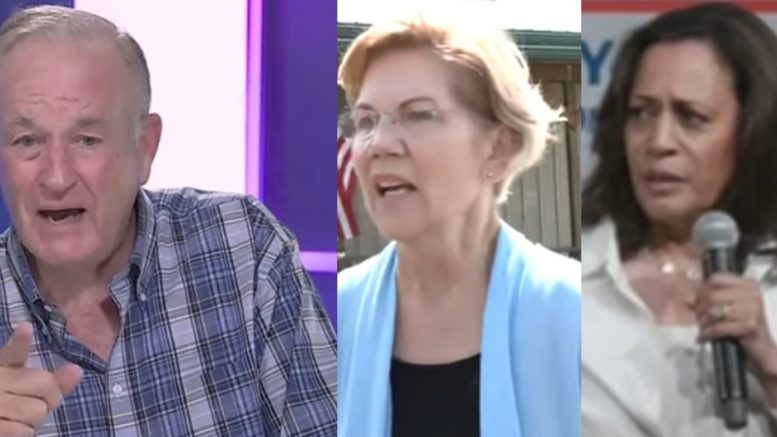 Their statements came despite the fact that the police officer who fatally shot Brown was never charged by prosecutors in the case and was exonerated by Obama’s DOJ headed by Eric Holder at the time.

Such remarks made by the two Senators should automatically disqualify them from the 2020 election, according to Bill O’Reilly.

In a video that was uploaded on Wednesday, O’Reilly said it’s “troubling” that Harris and Warren, once again, are accusing someone of a crime without taking into consideration every American’s right to “due process.”

He cited how the pair of Senators did the same thing to Justice Brett Kavanaugh during his confirmation hearings, where they deemed him as guilty, despite the FBI finding nothing incriminating on Kavanaugh.

“And now, [Senators Warren & Harris] are back telling the nation Michael Brown was murdered,” O’Reilly said. “These two people want to be the President of the United States?” Video Below

“Not only is this absurd and should be disqualifying for both of these women — they shouldn’t even get one vote from anybody because of what they’ve done with Kavanaugh and, now, the late Michael Brown — it is an incredible occurance if they have been not even criticized by the media,” O’Reilly declared.

He concluded, “It’s really disturbing, the depth of the deterioration of our Constitutional rights in America. The most important right you have, outside of freedom of speech, is due process. Because if you don’t have due process, anybody can accuse you and you’re guilty. And that can ruin your life in a heartbeat.” Video Below