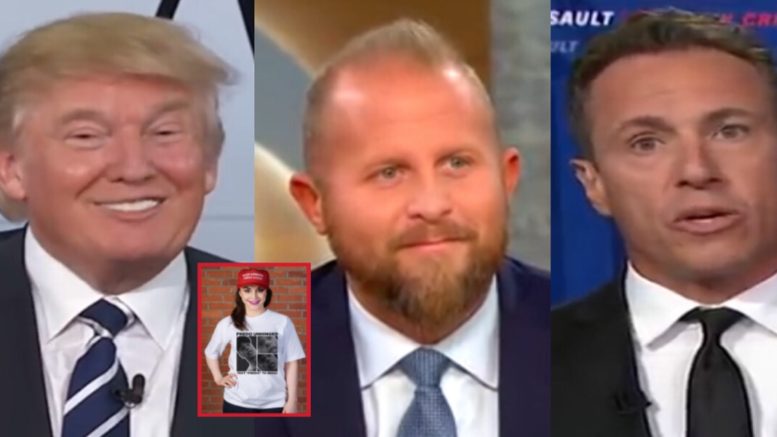 At an event in New York, CNN’s Chris Cuomo went off after a man called him “Fredo.” The term comes from “The Godfather,” where it’s the nickname of Frederico Corleone, the least successful sibling in the mafia family.

In viral footage caught on a cell phone, Cuomo can be seen confronting and threatening the other man and it quickly became the number one trend on twitter.

The man in the video said to Cuomo, “I thought that’s who you were,” while Cuomo replies, “No, punk-ass b**ches from the right call me ‘Fredo.’ My name is Chris Cuomo. I’m an anchor on CNN. ‘Fredo’ is from The Godfather. He was the weak brother.”

Cuomo claimed that the word is an “insult” to the Italian people and “it’s like the N-word for us.”

Cuomo then threatened the other man saying, “I’ll f***in ruin your shit. I’ll f***ing throw you down these stairs.”

President Trump’s 2020 campaign took note of Cuomo’s meltdown and immediately branded a “Fredo Cuomo Unhinged” teeshirt that is now available for sale at the Trump campaign store. (Continued Below)

President Trump’s 2020 campaign manager, Brad Parscale, sent out a tweet to announce the new shirt and added a link to the shop.

He wrote, “Get your commemorative #FredoCuomo Unhinged shirt today! We only have a limited supply of the shirt, which was inspired by the epic & historic viral video of @CNN’s @ChrisCuomo meltdown!” 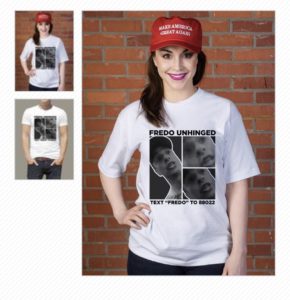 President Trump took to Twitter on Tuesday morning after the name ‘Fredo’ overtook the #1 Twitter trend in the wake of Chris Cuomo’s debacle.

President Trump posted the video of Cuomo “going off” after being called “Fredo” and wrote, “I thought Chris was Fredo also. The truth hurts. Totally lost it! Low ratings @CNN”

The Commander in Chief added, “Would Chris Cuomo be given a Red Flag for his recent rant? Filthy language and a total loss of control. He shouldn’t be allowed to have any weapon. He’s nuts!”

Visit [HERE] to get your official “Fredo Unhinged” shirt.

Get your commemorative #FredoCuomo Unhinged shirt today! We only have a limited supply of the shirt, which was inspired by the epic & historic viral video of @CNN's @ChrisCuomo meltdown!https://t.co/Iv8jqnIDIk

(Related: Cuomo Says Being Called ‘Fredo’ Is Like Using The N-Word, Katrina Pierson & Don Jr. Level Him: ‘Equivocating The Two Is Pure Racism’)