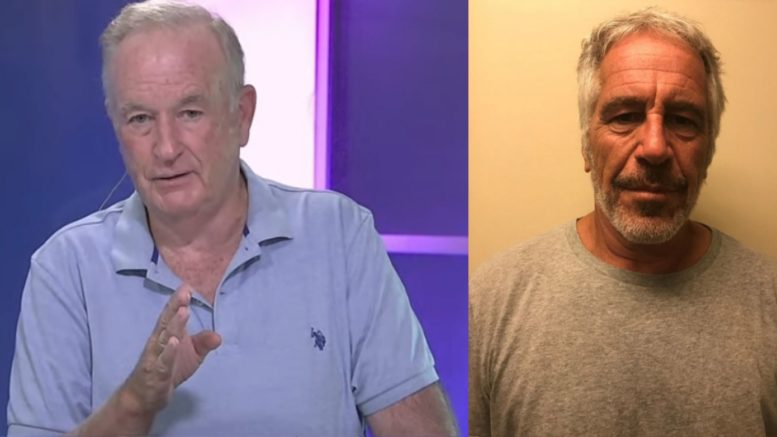 On Tuesday, Bill O’Reilly broke his silence on Jeffrey Epstein’s apparent suicide and explained why fallout stemming from his death could be “good for the country” in the long run.

He believes America’s prison system is a mess on all levels, and Epstein’s death is giving the system the publicity and embarrassment needed to help turn it all around.

“This could be a good thing for the country — not because this guy is dead,” O’Reilly said, “but because our prison system is a disgrace — local, state and federal — a disgrace.”

O’Reilly mentioned how it was a federal prison where Epstein allegedly hanged himself.

“He was the most notorious prisoner there and he’d had another incident there before, where he tried to commit suicide. And they don’t monitor him?” he asked. Video Below

Related Article: Charlie Daniels Drops A Warning On The Investigation Into Epstein’s Death: ‘Not Another Comey Coverup’

O’Reilly then pointed out that we are in the day and age where there is equipment and “gismos” to monitor anyone 24/7. The excuse of the union saying they are under-staffed is ludicrous, according to O’Reilly, as he said, “This is Epstein, OK? Are you an idiot?”

“This is beyond embarrassing,” O’Reilly concluded. Video Below

Out Of Nowhere, O’Reilly Gets A Phone Call From Trump & Discloses What Was Said To His Viewers