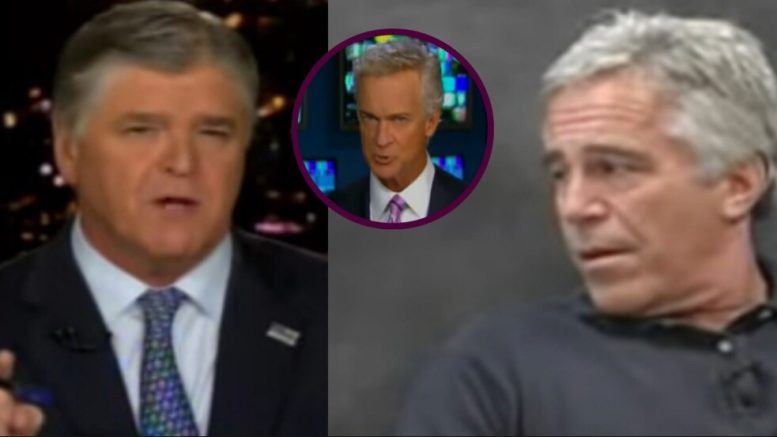 Fox News on Monday reported that Epstein’s suicide watch had been lifted recently. Fox News also has learned that according to normal MCC operations, Epstein should have been checked on, physically, every 30 minutes, but apparently was not checked on for “several hours” leading up to his death. A source also told Fox News that Epstein did not have a cellmate on the night of his death, as per Fox News.

Fox News anchor, Trace Gallagher, reported during Hannity’s show that one of the prison employees guarding Jeffrey Epstein “was not a corrections officer.”

“After he was found with bruises on his neck and back in July, Jeffrey Epstein was on suicide watch, meaning 24-hour surveillance. After psychological assessments and pressure from Epstein’s attorneys, the watch was dropped,” Gallagher said. “Epstein was put in special housing with no cameras.”

“He did have a cell-mate, which is policy, but for unknown reasons, the cell-mate transferred out,” Gallagher continued. “At the time of his death, Epstein was alone. The jail was mandated to check Epstein every 30 minutes, but when he was found unresponsive, he had not been checked for hours. It’s unclear exactly how long he’d been unresponsive.”

“The prison guard union blames understaffing, and the Associated Press says one of the two guards on duty wasn’t even officially a prison guard. Simply, a corrections employee that filled the void during that time,” Gallagher reported. (Continued Below)

On Monday, Attorney General William Barr vowed a comprehensive probe by the FBI and the Justice Department inspector general surrounding the new and disturbing revelations from lawyers and others who say the New York lockup’s failings have been ignored for years.

“Most importantly, this case was important to the victims who had the courage to come forward, and deserve the opportunity to confront the accused in the courtroom,” he continued. “I was appalled and indeed the whole department was, and frankly, angry to learn of the MCC’s failure to adequately secure this prisoner. We are now learning of ‘serious irregularities’ at this facility that are deeply concerning and demand a thorough investigation. The FBI and the Office of Inspector General are doing just that. We will get to the bottom of what happened. And there will be accountability.” (Video Below)

The Attorney General added, “Let me assure you this case will continue on against anyone who was complicit with Epstein. Any co-conspirators should not rest easy. The victims deserve justice, and they will get it.” [Emphasized.]

(Related: Charlie Daniels Drops A Warning On The Investigation Into Epstein’s Death: ‘Not Another Comey Coverup’