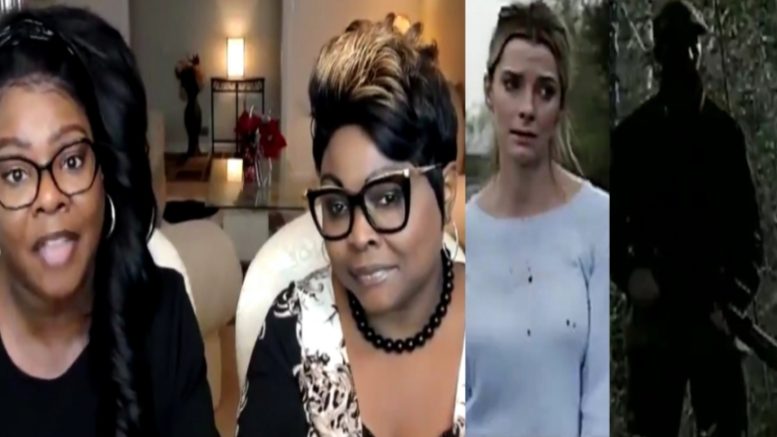 Trump supporters Diamond & Silk are livid as Hollywood is set to release a controversial film called The Hunt that focuses around Americans killing other Americans because of their political views.

According to Entertainment Weekly, The Hunt is a “Hunger Games-style satire where wealthy ‘elites’ hunt rural ‘deplorables’ for sport and wager.”

The release of the film comes in wake of two mass shootings that has led to forces of the left, including Hollywood celebrities, pushing the concept of gun control and  blaming President Trump’s rhetoric for why the shootings occurred.

Diamond & Silk joined Lou Dobbs where they voiced their disgust with Hollywood for planning to release The Hunt, given the nature of the current political climate and the contradictive stance Hollywood elitists have taken in recent days.

“And then they create and make this movie, where you have Americans gunning down other Americans based on the color of their politics. So they are racist,” she declared. Video Below

Diamond said it’s “time to do something about Hollywood.” She claims the violence and mass murders that are happening in America are “because of Hollywood.”

She said, “They glorify violence. They’re nothing but hypocrites is what they are.”

Silk chimed in and said, “I think it’s time for us to boycott Hollywood.” Video Below

#AmericaFirst– @DiamondandSilk: Radical Dimms in Hollywood glorify violence then advocate for gun control. They create a violent movie about Americans gunning down people based on the color of their politics. It’s time to boycott the racist hypocrites in Hollywood. #MAGA #Dobbs pic.twitter.com/Zw4Mulz7th

In ending, here is President Trump’s reaction to The Hunt:

Herschel Walker On Those Who Don’t Want Police: “Make Them A Deal To Fly To Countries That Don’t Have Police”

Al Green Calls For Trump’s Impeachment In Wake Of Shootings, Cites The Promotion Of ‘White Nationalism’