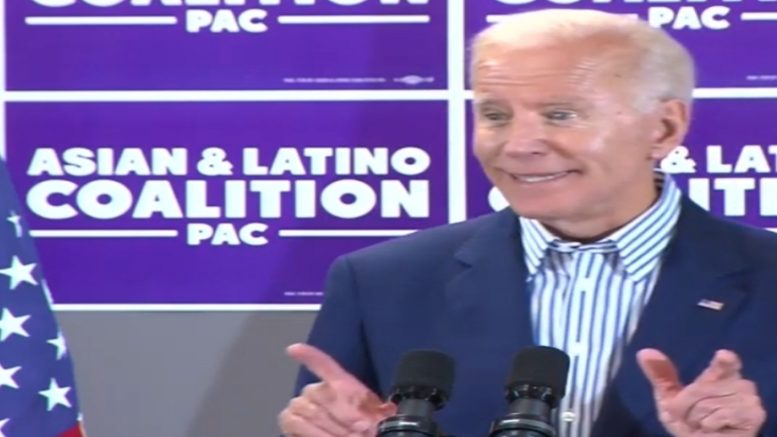 Democrat Presidential front-runner, Joe Biden, is about to be caught in some more turmoil by his own doing.

While speaking at a town hall for the Asian & Latino Coalition PAC in Iowa, Biden was addressing the subject of poor children in schools.

Biden then stated, “Poor kids are just as bright and just as talented as white kids.”

Realizing what he had just said, Biden tried correcting himself, when he added, “wealthy kids, black kids, Asian kids.”

He was met with a dismal applause. See Below

Joe Biden: “Poor kids are just as bright and just as talented as white kids.” pic.twitter.com/YhDSMnoRce

Thursday’s statement by Biden will likely put a damper on his effort to shake the racist label that Democrat opponents have been trying to pin on him over his past, including comments he made about segregationists he used to work with.

And, this all ironically comes as Democrats, with the help of the media, have been labeling President Trump as a racist in their attempt to blame him for two mass shootings that happened last weekend.

We’ll be watching to see how mainstream sources treat this latest controversial statement made by Biden.

After Lunch, Trump Opens Up To Reporters On How He Feels About Mueller’s Report: ‘It Could Not Have Been Better’