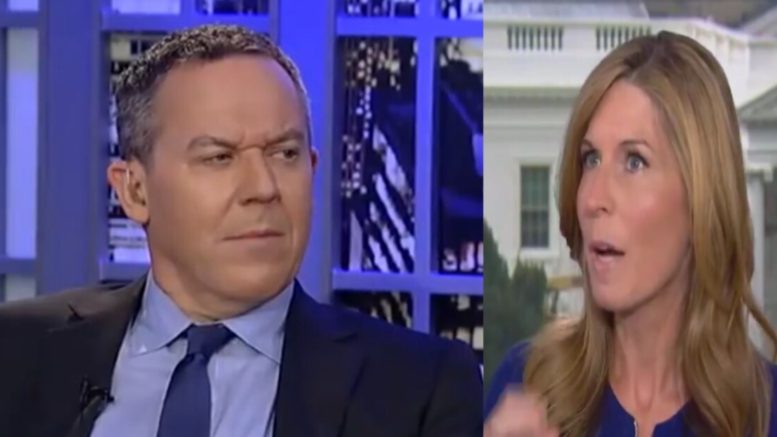 Tuesday on MSNBC, host Nicolle Wallace claimed, on the air, that President Trump is “talking about exterminating Latinos”.

Wallace’s remarks came in the aftermath of the two mass shootings that left over 30 people dead over the weekend. The shooter in El Paso targeted the Hispanic community, according to his alleged manifesto, while the motive behind the Dayton, Ohio, attack remains unknown, as reported by Washington Examiner.

“Then he ramped it up again to the invasion, the warning people of a caravan and words like ‘infestation.’ What do you do with an infestation? With an infestation, the natural conclusion is attempt, an extermination. So, to me there’s very little distinction between his inciting this violence and the fact it’s now happening,” NBC News’ Paul Reyes said during the segment.

Reyes suggested that President Trump’s rhetoric “resonates with a portion of his base.”

“What do you do when, certainly, the last Republican president fought for, sought and — it’s not ideal — but had 44% of Latino voters. So politically powerful inside the last Republican administration. President Obama used the power of the presidency to try to pass comprehensive immigration reform, with the Latino community, Latino leaders, at the table. You now have a President, as you said, talking about exterminating Latinos,” Nicolle Wallace claimed. [Emphasized].

Wallace’s statement didn’t phase Reyes as he agreed and responded, “Right. It’s not even a question. To me, it’s not even a question what this President could do. It brings me no pleasure saying this. I just think with this administration, it’s too late. And it’s not even a political question because Obama, George W. Bush, H.W., all of the presidents in modern history have made sincere outreach to Latinos, whether or not their views happen to align with mainstream Latinos. They wanted him their parties. They wanted their support. [Trump] has no regard for our communities. ” (Continued Below)

Wallace later took to Twitter on Tuesday evening to claim that she “misspoke” and wrote, “I misspoke about Trump calling for an extermination of Latinos. My mistake was unintentional and I’m sorry. Trump’s constant assault on people of color and his use of the word ‘invasion’ to describe the flow of immigrants is intentional and constant.” (Continued Below)

Gutfeld reacted to Wallace’s claim that she “misspoke”, and he wrote on Twitter:

“translation: ‘trump didn’t say kill all latinos – but it wasn’t my fault because he meant it anyway!'” he said.

MSNBC might want to walk this back. holy shit https://t.co/8VoiaQslnF

translation: "trump didn't say kill all latinos – but it wasn't my fault because he meant it anyway!" https://t.co/FwTDhEu9XQ

(Related: Beto Tells Immigrants America Was Founded On ‘White Supremacy’, Gutfeld Fires Back: ‘He’s So White, Wonder Bread Could Sue Him For Plagiarism’)