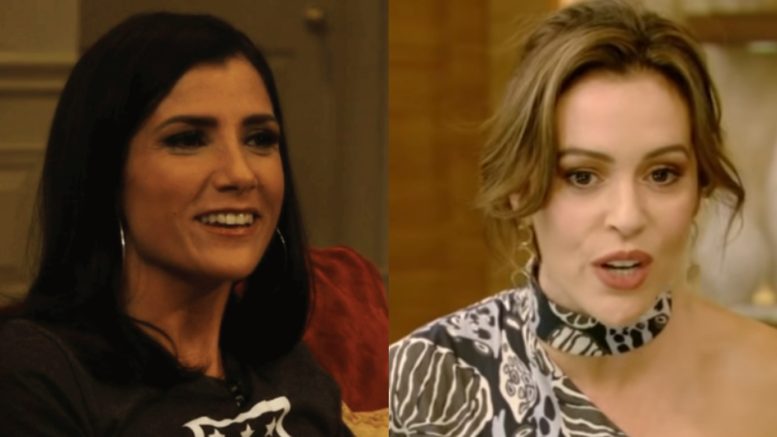 In light of the El Paso shooting, Alyssa Milano had some choice words for Walmart’s leadership after the company issued a response.

In a statement released on Twitter, Walmart said, “We’re in shock over the tragic events at Cielo Vista Mall in El Paso, where store 2201 & club 6502 are located.”

“We’re praying for the victims, the community & our associates, as well as the first responders. We’re working closely with law enforcement & will update as appropriate,” they proclaimed.

Alyssa Milano replied to Walmart saying, “Hey, @Walmart! This would be a great opportunity for you to take a true leadership position and stop selling guns.”

In her reply to Milano, Loesch said, “Hi Alyssa Milano, Walmart hasn’t sold modern sporting rifles or handguns since 2015. They don’t even sell airsoft.” She included a 2018 statement made by Walmart as backup. See Below

The company said in their 2018 statement, “In 2015, Walmart ended sales of modern sporting rifles, including the AR-15. We also do not sell handguns, except in Alaska where we feel we should continue to offer them to our customers.”

“Additionally, we do not sell bump stocks, high-capacity magazines and similar accessories. We have a process to monitor our eCommerce marketplace and ensure our policies are applied,” Walmart proclaimed.

They also mentioned, “We are also removing items from our website resembling assault-style rifles, including nonlethal airsoft guns and toys.”

While Walmart still sells other firearms, the company said in their 2018 statement that they took the age to purchase them from 18 to 21. And they maintain that they strive to be a “responsible seller of firearms.”

Democrat Senator Coons Scolds Beto O’Rourke For Promising ‘To Take Your AK-47’: ‘That Clip Will Be Played For Years’

Kamala Vows To Close Online Gun Sales That Are ‘A Click Away’, Gorka & Loesch Level Her: ‘A False & Irresponsible Claim’