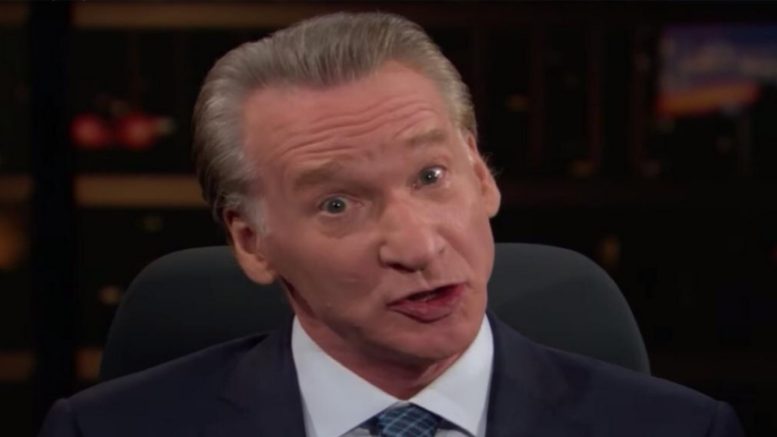 Political talk show host, Bill Maher, apparently has so much scorn towards President Trump that he’s willing to see Americans suffer through another recession if it would be a way to get rid of him.

Maher made such remarks during one of his recently aired shows.

In a clip that’s circulating Twitter, Maher was seen discussing the feds cutting rates with journalist Josh Barrow, which he predicts will make the “next economic downturn worse.”

He proceeded to say, “I’ve been hoping for a recession – people hate me for it – but it would get rid of Trump.”

He replied, “Recessions are really bad. People lose their jobs and homes and we shouldn’t wish for it.”

Bill Maher: “I’ve been hoping for a recession – people hate me for it – but it would get rid of Trump.”

Josh Barro: “Recessions are really bad. People lose their jobs and homes and we shouldn’t wish for it.”

Maher: “I know. It’s worth it.” pic.twitter.com/Ysc2LhHbs2

In ending, here is video of Maher giving a piece of advice to Democrat candidates if they want to beat Trump in 2020:

On HBO, @BillMaher frets: “All the Democrats have to do to win is to come off less crazy than Trump — and, of course, they’re blowing it! Coming across as unserious people who are going to take away all your money so migrants from Honduras can go to college for free.” #RealTime pic.twitter.com/xtPRGvp0xF

Sen. Warren Gets Huck-Slammed With A Pair Of Hypotheticals If She Loses In 2020