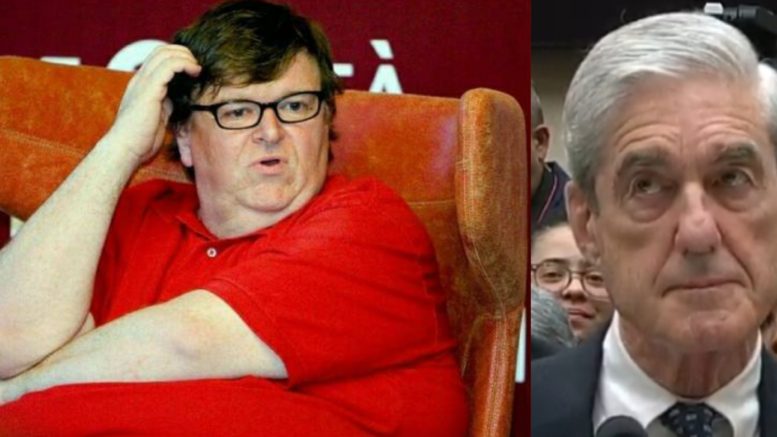 Liberal anti-Trump film maker, Michael Moore, was not happy with what transpired out of Democrats’ hyped-up spectacle that consisted of Robert Mueller’s testimony in front of two House committees.

In fact, Moore was so irate by what he witnessed in the hearing that he suggested Democrats “STFU from now on.”

He continued, I said it in 2017 and Mueller confirmed it today — All you pundits and moderates and lame Dems who told the public to put their faith in the esteemed Robert Mueller.”

Upon seeing Moore’s post, President Trump retweeted it with the caption, “Even Michael Moore agrees that the Dems and Mueller blew it!” See Below

Upon Becoming Chairman, Graham Receives The Perfect Gift From The Senate Judiciary Committee