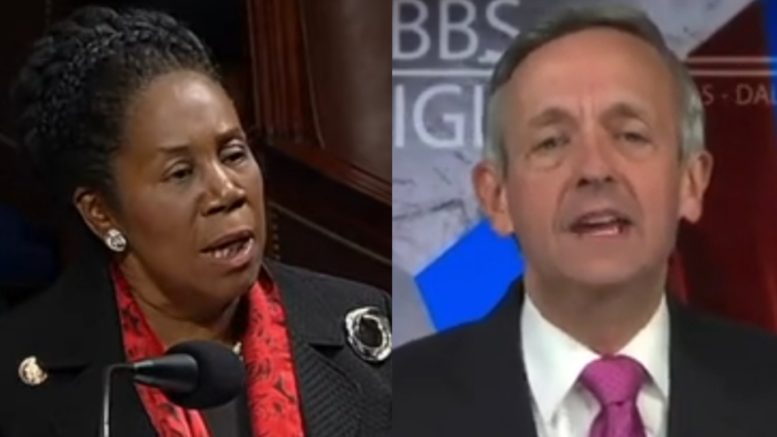 Last weekend, Congresswoman Sheila Jackson Lee (D-TX) promoted the idea of illegal immigrants seeking refuge in churches, mosques and other places of worship that she said could provide sanctuary for them during the expected ICE raids.

According to Texas Tribune, Jackson Lee invited undocumented immigrants to seek refuge in churches, mosques and synagogues as she called on religious organizations to open their doors to provide sanctuary prior to the anticipated mass deportation efforts by ICE officers.

Jackson Lee is quoted as saying, “It is to my dismay that I have to come home to find many of those who live in my jurisdiction, my constituency, are panicked, frightened and in fear of their lives. I say to the federal authorities that you are well aware and on notice that you are not able to come into a church and demand anyone that is a representative of the faith to give anyone to anyone.”

Pastor Robert Jeffress took a moment on Friday to address the idea that Jackson Lee was promoting and explained how she is not correct by saying federal authorities are “not able to come into a church and demand anyone of faith” to be handed over.

Jeffress said, “There’s no such thing as a sanctuary for criminals, that a law enforcement official can’t arrest people.”

“They can come to any place, including my church or your church, and if a crime is taking place, they can arrest people,” he added.

Jeffress went on to say that although it’s not the church’s job to ask members their immigration status, he does not believe that churches should “interfere with government.”

Related Article: Pelosi Calls On Religious Leaders To Help Stop ICE, Pastor Jeffress Fires Back: ‘There Is Nothing Un-Christian About Enforcing The Law’

“God has given government the task of enforcing the law. He’s given church the task of spreading the gospel. But a church is wrong, individuals are wrong if they help people break the law,” Pastor Jeffress declared. See Below

Democrat Texas Mayor: “It Is A Biden Border Crisis…Because There’s No Plan of Action”