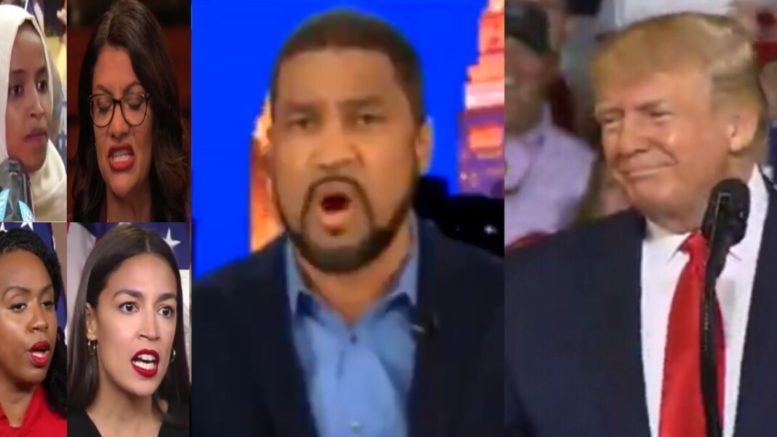 Pastor Darrell Scott spoke with host Laura Ingraham on Thursday about “the squad” and their anti-American agenda.

During the segment, Pastor Scott defended the President while debating on the panel, declaring that Trump is not “racist” and the media and left have created “fake sensitivity” and “fake outrage.”

“This fake sensitivity and this fake outrage, ya’ll need to put that in the can. And don’t try to bring up the Bible,” Pastor Scott said.

He referenced Matthew 22:33, where Jesus said, “You snakes! You brood of vipers! How will you escape being condemned to hell?”

Pastor Scott continued, “In Matthew chapter 23, Jesus called his critics ‘snakes, vipers, and white[d] sepulchers– he told them they were all going to hell. So, let’s not act like you’re not supposed to answer your critics.”

This comes after the President fired back at the “so-called squad” and threw Democrats and the media in a “rage.” (Continued Below)

“He answers his critics; they criticized him, Pastor Scott said. “Listen, the President is who he is and he responded the way he responded.”

Then, Pastor Scott called out those who stir the pot: “You guys initiate it,” adding that the President is “a counter-puncher.”

“[The squad] initiated it,” he said. “Those young ladies, I call them girls, they’re young enough to be my daughter. But those young ladies have insulted [Trump], even while they were on the campaign trail. They came into office calling him an ‘M-F’er’.” (Video Below)

“So, let’s not try to act like these are some innocent little dainty little flowers that need to be treated with such respect. They’re out here in politics and they’re going hard and when they get slapped back, they have a problem with it,” Pastor Scott concluded.

.@PastorDScott is on fire!! Let’s not act like these young girls are some dainty little flowers. They’re all here in politics going hard and when they get smacked back they can’t handle it. pic.twitter.com/3c45hcFQ60

(Related: Mike Huckabee Turns The Tables On The Squad Exposing Their Guilt: ‘When [You] Throw A Rock Over A Fence, The Hit Dog Hollers’)