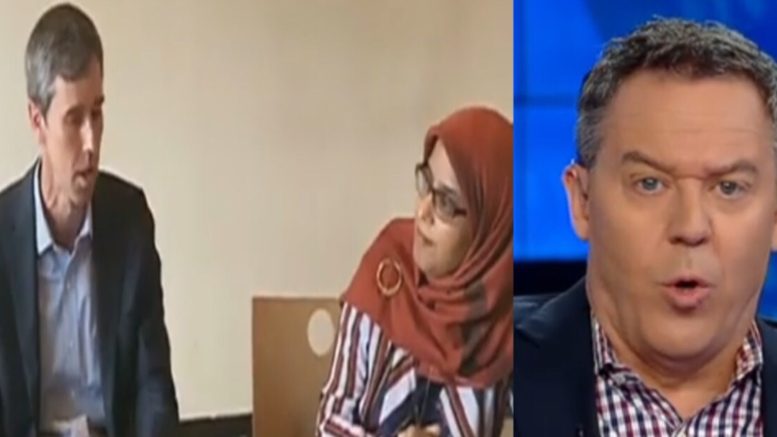 While in Nashville, O’Rorke told immigrants that America was founded on “white supremacy, slavery, and oppression.”

Robert Francis O’Rourke recently reminded America he was running for president by telling a group of immigrants and new citizens that the country they just decided to pledge allegiance to was founded on white supremacy and is so entrenched in racism that to this day “every single institution and structure” is meant to keep minorities enslaved, as reported by Town Hall.

“This country was founded on white supremacy and every single institution and structure that we have in our country still reflects the legacy of slavery and segregation and Jim Crow and suppression even in our democracy,” O’Rouke claimed.

Gutfeld steam rolled O’Rorke during his opening on “The Five” Wednesday: “So, right from the womb, we’re all racist. It’s the new original sin, according to ‘Slender-man’. As his popularity shrinks faster than his own spine, Beto’s efforts to sow division only expands.”

“He’s like a bitter divorced husband trashing the ex-wife to his poor kids. If he can’t be happy, no one can. It use to be that politicians running for office had a number of tools at their disposal, not Beto, he is the tool. Talk about a blunt object,” he continued. (Continued Below)

Gutfeld went on to say, “His only function is to create victims out of brown and black Americans so that they might look to him, the ‘great white scarecrow’ as their savior. But now, his true competence is exposed as a farce.”

“For so long his failures were propped up by a bottomless spousal income, then assisted by a Vanity Fair cover bestowed on him by pale liberals he enamored that looked just like him. He was as white patronizing, slick, and elitist as the magazine. All that was missing was the smelly cologne ads. He’s so white, Wonder Bread could sue him for plagiarism,” he continued.

“Now he’s reduced to playing for radical scraps, dancing to the fight songs of under-grads and safe spaces– a wind-up toy for brats with Che Guevara shirts. He’ll say anything,” Gutfeld added. (Continued Below)

“So now, we’re all racist by birth he shouts– like a hopeless, lonely slob at last call, desperate for a phone number. I’d say go home, you’re drunk, but he might drive,” Gutfeld concluded.

The panel discussed “Beto” during the segment and a few heated clashes erupted when Juan Williams agreed with Beto’s claims. But Jesse Watters and the rest of the panel argued that America was not founded on “white supremacy.”

(Related: Gutfeld Goes Off On Juan & Issues A Warning: ‘If You Say That Again, I’m Gonna Throw You Off The Set!’