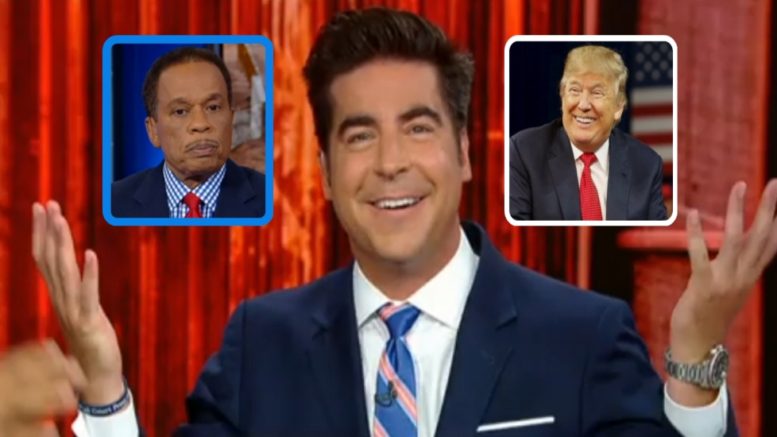 Juan Williams fell right into the trap set by Jesse Watters during Friday’s airing of The Five.

Immigration was the sole topic being debated on the program as Democrats have ramped up their rhetoric against the President on the border crisis, specifically regarding detention facilities.

Watters initialized his argument in a different manner than normal, which he engaged in a series of questions that Williams agreed to be asked.

Jessie first asked what the plan would be on how to handle an adult male that approaches the border with a female minor. Juan answered, “If they are applying for asylum, we have a law in this country that allows you to apply for asylum.”

Jesse pushed further and asked, what if they don’t have IDs? And, how do you make sure the girl isn’t trafficked? Juan replied, “I guess that’s what you do if you’re the Border Patrol officer, you ask questions.”

Jesse pressed on and asked, “But where do you ask those questions?” Juan agreed that you would have to “take them to a facility.” Video Below

With that said, Jesse said you would temporarily have to seperate them to ask them questions apart to see if their stories jive, which Juan also agreed.

Then the real kicker came, when Jesse asked Juan what the next step would be, which is holding them for a period of time and then releasing them into the country until their asylum hearing. Jesse clarified, “You let them talk to the agents and then you release them to the interior of the country and you wait for an asylum hearing, correct?” Juan said, “Correct.”

Watters then immediately fired back, “That’s exactly what Trump is doing!” Juan denied Watters’ claim, but Jessie replied, “Yes it is! That’s exactly what the President is doing and you’re calling him this scoundrel, this bigot and you agreed with the whole process! Unbelievable! It’s unbelievable!” Video Below