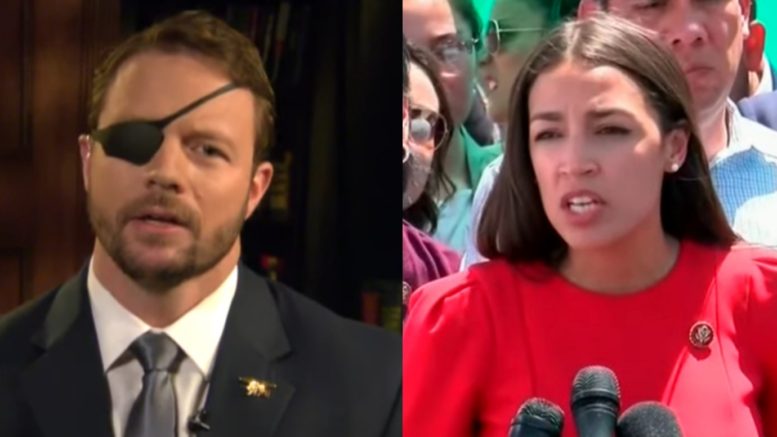 Dan Crenshaw joined Martha MacCallum on Tuesday to weigh in on recent accusations Alexandria Ocasio-Cortez has made after visiting a detention center facility.

Cortez said Border Patrol Agents made her feel “not safe” and accused them of making migrants drink out of toilets.

In his respone to AOC, Crenshaw said, “It’s sad to see. She’s getting bolder with her lies on this.”

He said what is actually happening is, “People like AOC are operating off of a false premise and it’s deliberately designed to misinform the American people for her own political ends.”

Related Article: Crenshaw Counters AOC After She Tells Him To ‘Do Something’ About Terrorist Killings: ‘I Did Defend 9/11 Victims’

“First, there was no crisis at all,” Crenshaw continued. “Then it was a manufactured crisis, then it was a crisis completely created by Trump, then there were concentration camps, then people are Nazis.” Video Below

“Now, she’s saying that border patrol agents harassed her and forced migrants to drink out of toilets? This is insanity! This is not true. There’s no one else corroborating these kind of reports, yet she’s using it to try to make her case: that we shouldn’t have any enforcement, that we should have open borders,” Crenshaw said.

He declared, “This is really dishonest behavior from a member of Congress and I honestly can’t believe it.”

Crenshaw then challenged AOC and others to stop pointing the fingers at others and try to help create a solution to the problems that exist at the border. Video Below

Jokes Aside, Meadows Indicates What Should Be Taken Seriously With Green New Deal

Rep. Crenshaw Releases A Statement After Getting Emergency Surgery On His Remaining Eye: “I Will Be Effectively Blind For About A Month”