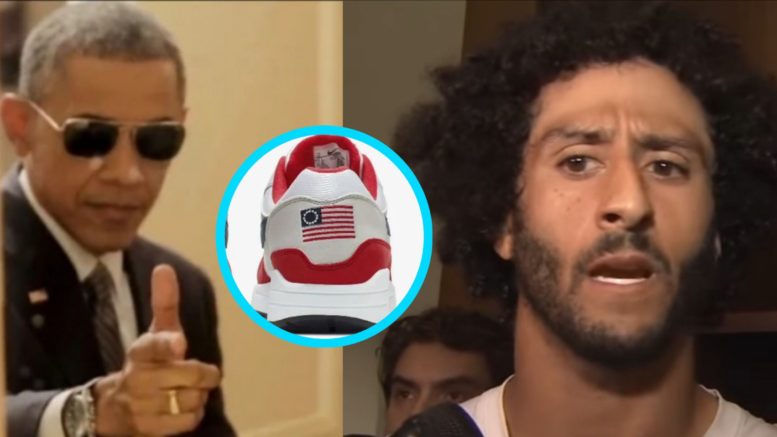 Nike recently decided to pull a sneaker bearing a Betsy Ross flag used during the American Revolution because it could “unintentionally offend” people.

“NIKE made the decision to halt distribution of the Air Max 1 Quick Strike Fourth of July based on concerns that it could unintentionally offend and detract from the nation’s patriotic holiday,” the company said in a statement sent to Fox News on Tuesday.

Ex-NFL quarterback Colin Kaepernick reportedly played a role in Nike’s decision to pull the sneakers after they’d been sent to retailers. Sources told The Wall Street Journal that Kaepernick said he felt the use of the Betsy Ross flag was offensive, with slavery connotations, per Fox News.

It was inevitable that the 2020 candidates would weigh in on the Betsy Ross flag-sneaker controversy.

Two Democratic hopefuls have expressed their support for Nike after the sportswear company pulled sneakers featuring the Betsy Ross-designed American flag ahead of the Fourth of July holiday. The company did so after former NFL quarterback and Nike endorser Colin Kaepernick raised concerns about the shoes, per Fox News.

Former HUD Secretary Julián Castro told CBS News on Wednesday that he was “glad to see” Nike remove the shoes from the shelves, comparing the “painful” symbol to the Confederate flag.  He says we should “not glorify it” and “not celebrate it.” (Continued Below)

“I think its really important to take into account the impression that kind of symbol would have for many of our fellow Americans,” he said, according to Jewish Insider senior political reporter Ben Jacobs.

However, there was no outrage during former President Obama’s 2nd inauguration when the notorious flags were prominently featured and displaying the thirteen original colonies. (Video Below) 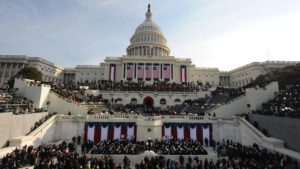 Democrats running for president have officially lost it.

Beto & Castro strongly imply that the Betsy Ross flag is a symbol of hatred. Do the rest of the Dems agree?

SHOCKING: Democrat Julian Castro says he was “glad to see” Nike take a stand against the American flag because it’s “still very painful.” He says we should “not glorify it” and “not celebrate it.” pic.twitter.com/8tgHt2IVdD

We leave you with Sen. Josh Hawley who believes the Nike flag recall is anti-American:

“You Can Tell She Is A Phony”, Leo Terrell Declares After Harris Refers To The ‘Notorious RBG’ As ‘Notorious BIG’