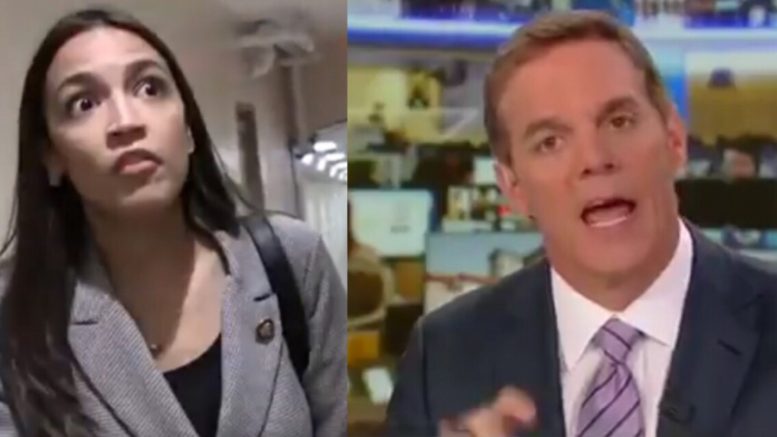 Rep. Alexandria Ocasio-Cortez (D-NY) accused the Trump administration of running concentration camps on the U.S.-Mexico border in reference to the detention facilities where asylum seekers are held.

Lawmakers and social media users chastised her for minimizing the cruelty of the Holocaust emboldened her to double down on her egregious analogy, reported Town Hall.

“And the fact that concentration camps are now an institutionalized practice in the home of the free is extraordinarily disturbing,” Ocasio-Cortez said in an Instagram video. “And we need to do something about it.”

Liz Cheney responded to Cortez’s comments writing on Twitter, “Please @AOC do us all a favor and spend just a few minutes learning some actual history. 6 million Jews were exterminated in the Holocaust. You demean their memory and disgrace yourself with comments like this.”

On Tuesday, Fox News Anchor, Bill Hemmer, questioned whether Cortez had any authority to make such a comparison during a segment on “America’s Newsroom.” (Continued Below)

“Has she ever been to Yad Vashem in Jerusalem?” Hemmer asked Art Del Cueto, VP of the National Border Patrol Council.

“Or Auschwitz, Birkenau, and southern Poland? Or Dakau in Germany?” He asked. “Never again has the phrase that the Jews all over the word used to make sure that the extermination between 1939 and 1945 never happens again. And she’s using concentration camps because what’s happening on the southern border.”

Hemmer wondered, “How in the world is that acceptable? Does she not owe every Jew on the planet an apology?” (Video Below)

However, Cortez didn’t stop there as she doubled down on Wednesday when confronted by TMZ.

(Related: McCarthy Reacts To AOC’s ‘Concentration Camp’ Remarks: ‘She Needs To Know What History Is’)