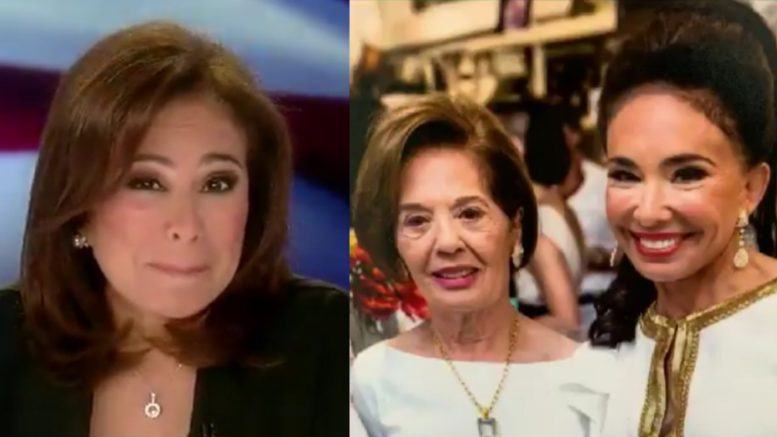 On Saturday, Judge Jeanine Pirro took a few minutes at the end of her program to pay tribute to her mother, Esther Ferris, who recently passed away.

It was the first time she appeared in front of the camera since publicly announcing her loss.

Judge Jeanine began by saying, “She was my hero, my backbone, my inspiration, my rock, my mentor and my muse.”

She went on to say that it was her mom who taught her how to fight for the victim and the weak, “long before it was vogue to do so.”

Judge Jeanine declared, “Yes, she was my hero. And as the song goes, she was the wind beneath my wings. The inspiration for all that I have done as a prosecutor and judge. She was everything I would like to be.” Video Below

She added, “And now, Mom, the angels are the wind beneath your wings, as they carry you into the heavens.”

A tribute to my beautiful mother, my backbone, my inspiration, my rock, my mentor, and my muse. pic.twitter.com/WgUxGNjQcA

Hillary Clinton Says ‘Impeachment Is The Only Remedy’, Sara Carter Fires Back: ‘How Can You Say This With A Straight Face?”