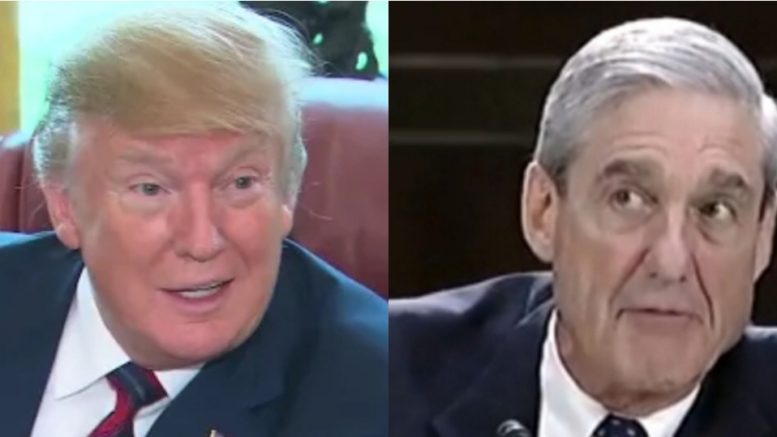 President Trump is cleared of no obstruction, no collusion and has been happily celebrating and pushing back at radical Democrats and their shenanigans.

However, upon the release of the Mueller report, it it revealed that he wasn’t quite as happy when he found out the special counsel was first appointed.

According to Mueller’s report, which was released to the public on Thursday morning after Attorney General William Barr’s press conference, President Trump said his presidency was finished, and stated that he was “f—ed”, after being told of Mueller’s appointment by then-attorney general Jeff Sessions.

As Fox News reported, “According to notes written by (Sessions’ chief of staff Jody) Hunt, when Sessions told the President that a Special Counsel had been appointed, the President slumped back in his chair, and said, ‘Oh my God.  This is terrible. This is the end of my Presidency. I’m f……’,” the report reads.

“The President became angry and lambasted the Attorney General for his decision to recuse from the investigation, stating, ‘How could you let this happen, Jeff?’

“The President said the position of Attorney General was his most important appointment and that Sessions had ‘let (him) down,’ contrasting him with Eric Holder and Robert Kennedy. Sessions recalled that the President said to him, ‘you were supposed to protect me,’ or words to that effect, per Fox News. (Continued Below)

The report continued: “The president returned to the consequences of the appointment and said, ‘Everyone tells me if you get one of these independent counsels it ruins your presidency. It takes years and years and I won’t be able to do anything. This is the worst thing that ever happened to me.’”

Attorney General William Barr affirmed once again that Special Counsel Robert Mueller found no evidence of collusion between members of the Trump campaign and the Russians during the 2016 presidential election, and in announcing the conclusion, the left wing media hacks and Democratic lawmaker are fuming. (Continued Below)

President Trump immediately tweeted after the Attorney General’s press conference with a “Game of Thrones” style graphic and declared “GAME OVER”.

It reads in all caps, “NO COLLUSION. NO OBSTRUCTION. FOR THE HATERS AND THE RADICAL LEFT DEMOCRATS-GAME OVER”.

Hillary Clinton Says ‘Impeachment Is The Only Remedy’, Sara Carter Fires Back: ‘How Can You Say This With A Straight Face?”