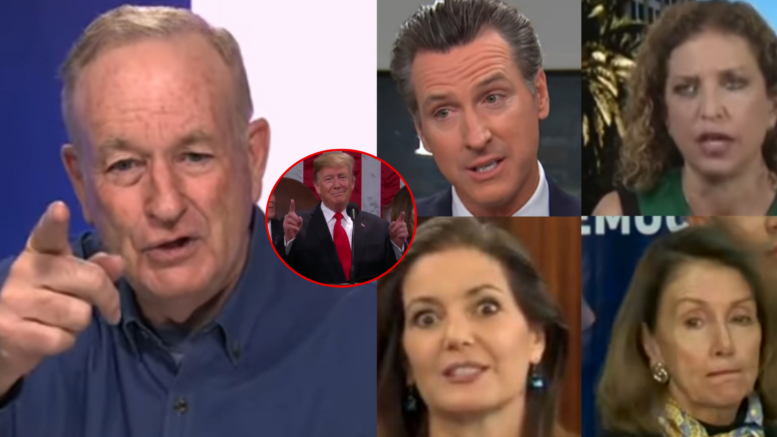 O’Reilly broke it all down and explained how Trump got the reaction he wanted out of the left as part of the proposal he made to deal with mass undocumented migrants flowing into America.

O’Reilly suggested that Trump has shifted to a two-fold strategy, where he is carrying out day-to-day duties on top of being in “perpetual campaign mode.” He said, “Yes, he governs. He’s the President and he handles Presidential duty. But every day, on his mind, is his next campaign, which is 2020.”

O’Reilly claimed the strategy behind Trump’s talk of sending migrants to sanctuary cities is really just a “campaign thing.”

He pointed out that Trump knows people who vote for him despise sanctuary cities. However, the President also knows that he hasn’t been able to punish those cities in any kind of meaningful way. Video Below

Referring to Trump, O’Reilly said, “So now he (Trump) says, ‘You know what. We got a siege at the border. I’m gonna put forth maybe I’m gonna send all of these people to Seattle, San Francisco, LA, and New York, the sanctuary people. We’ll Just bus them right in there.'”

Trump knew that making such a bold statement would rile up his base, and all of those who dislike Trump would already be completely against the idea, leading to the publicity he wants.

And that is exactly what happened, according to O’Reilly, as now we have liberal media outlets, sanctuary city mayors, Democrat leaders and other leftist forces in uproar over Trump’s idea that actually is a spin-off from their own. Hence, they fell right into his trap. Video Below