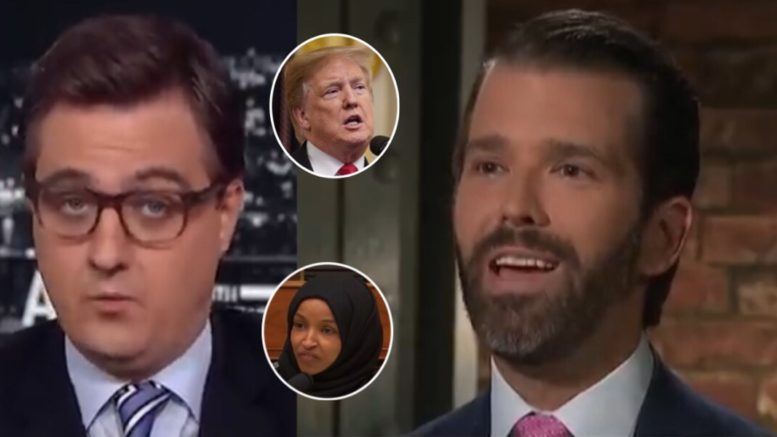 Rep. Ilhan Omar (D-MN) on Friday stirred more outrage over remarks she made that critics said belittled 9/11, tweeting out a partial comment that President George W. Bush made after the attacks –and bizarrely asking whether he was a Muslim.

Her latest tone-deaf 9/11-related comment accompanied an article from the Washington Post that attempted to put her original remarks, made at a Council on American-Islamic Relations banquet in California on March 23, into context, reported New York Post.

“Here’s the truth. For far too long we have lived with the discomfort of being a second-class citizen and, frankly, I’m tired of it, and every single Muslim in this country should be tired of it. CAIR was founded after 9/11 because they recognized that some people did something and that all of us were starting to lose access to our civil liberties,” Rep. Ilhan Omar said that caused her initial outrage.

Her comment “some people did something” was met with much backlash, but she doubled down and ultimately stuck in her foot in her mouth.

On Friday, Omar tweeted questioning George Bush’s faith, “The people– and the people who knocked these buildings down will hear all of us soon!’ President George W. Bush. Was Bush downplaying the terrorist attack? What if he was a Muslim.” (Continued Below)

The GOP pushed back at her, and even President Trump released a video montage of the 9/11 attacks interwoven with Omar’s controversial comments that trivialized the acts of terror, on Friday. President Trump tweeted the video and wrote in all caps, “WE WILL NEVER FORGET!

The video the President tweeted includes Omar’s remarks to the Council on American-Islamic Relations in March with quick cuts to video footage taken of the horrific terror attacks, including clips that show the collapse of the Twin Towers.

Democrat lawmakers and the left-wing media ran to Omar’s side to defend her while criticizing the President for his tweeted video. (Continued Below)

One in particular, host Chris Hayes of MSNBC, accused President Donald Trump of “endangering the life of a member of Congress.”

Donald Trump Jr. took note of Hayes’ comment Saturday and was quick to respond back to the liberal host’s “stupid logic.” He noted that the President was merely quoting Rep. Omar’s own words. Then, Don Jr. lit into the media’s “insane leftist commentary and lies” which, by Hayes’ logic, would “actively and willfully” endanger President Trump’s life.

Chris Hayes suggested, “The President is actively and willfully endangering the life of a member of Congress.”

Don Jr. fired back and asked, “Yea, he should really stop quoting her directly. By your stupid logic does all of your network’s insane leftist commentary and lies over the last 2 years “actively and willfully” endanger the life of the President?”

“Asking for people who actually like America and Americans.” He added. (Continued Below)

President Trump’s official tweet that is triggering the left:

We leave you with another tweet that the President re-tweeted:

(Related: Judge Jeanine SHREDS Pelosi For Appeasing Omar’s Behavior: ‘The Joke Is On You, Nancy’)

Sunny Hostin Suggests Don Jr. Broke The Law For Retweeting Whistleblower Article, Don Jr. Reacts: “This Is Not Some Secret”

MSNBC Reporter On Biden’s Reason For Not Decrying The Masters: “Impossible To Square His Argument”