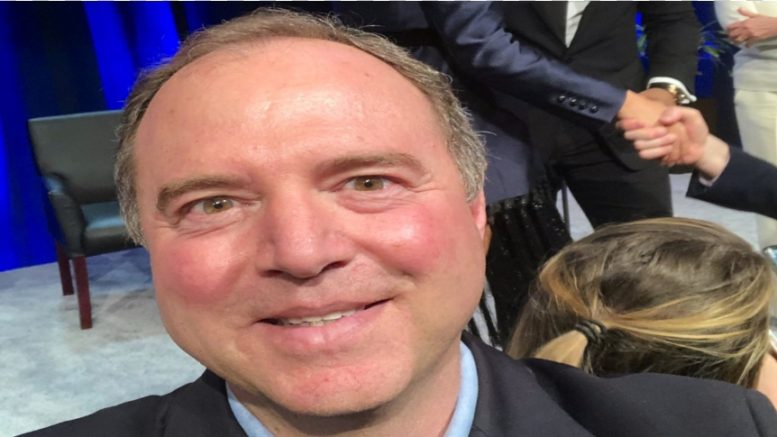 Adam Schiff, was in high spirits Thursday, despite facing continued calls for him to resign as chair of the House Intel Committee.

On Wednesday, Rep. Matt Gaetz issued a new resolution targeting the removal of Schiff from his role on the committee, related to his handling of the Russia collusion theory. In the meantime, however, an unphased Schiff posted a selfie showing he is happy as can be.

While there were mixed reactions from Twitterverse on Schiff’s selfie, the most loved and retweeted comments were relentless and not necessarily pointing in Schiff’s favor.

Here Are Some Of The Most Loved Or Retweeted Reactions To Schiff’s Selfie:

this is just cringe

Oh baby, no. Move that camera back a foot.

Let me screenshot it so I can put it in my barn to scare away the rodents!

You're not relatable in the slightest. Hijacking old memes will never change this.

One Twitter user mentioned that Schiff “waltzed into that meme bait,” which was exactly right as memes started to pour in.

We leave you with some of the best-received Schiff selfie memes & short vids:

And now for the Grand Finale! TURN UP YOUR VOLUME FOR THIS ONE…